Hello, everyone, and welcome to the latest edition of We Are: The Guard's 10 Twitter Moments!

That's right – it's that time of the week when we inject some much-needed sparkle back into our lives by checking in with all of our favorite bands, artists, and producers on the fastest-moving social network on the Internet!

Before our feeds start filling up with photos of rich kids in problematic headdresses at Coachella, then, let's turn our attention to the following 280-character highlights from Joe Jonas, Kelly Clarkson, Mariah Carey, and more!

I have a confession to make...

I've never watched a single episode of Game of Thrones in my life...

That doesn't mean that I can't spot an awkward third wheel when I see one, though!

KELLY CLARKSON GOT MISTAKEN FOR A SEAT FILLER

The greatest thing by far that happened to me tonight was being asked to move because some guy thought I was a seat filler at the ACM’s tonight #CantWinEmAll literally, it made my night because he was so serious, and I just politely said no hahaha!! pic.twitter.com/LuQDloKgR3

Kelly Clarkson is such a LEGEND!

Not many people would be able to laugh at themselves quite like she did following this unfortunate incident at the ACMs on Sunday night (where Kel performed...TWICE).

Am I the only one who low-key wishes that she dropped the “Don't you know who I am?!” line, however?!

a year ago today i was in college for some shit i knew i didn’t want to do in life but today i have the biggest song in the world with billy fuckin ray cyrus. life can change quick!!! this shit really insane

It's kind of funny that Billy Ray Cyrus doesn't have Miley or even Noah to thank for the revival of his career, but Lil Nas X!

Jokes aside, following on from the removal of “Old Town Road” from the Billboard Hot Country Songs chart last month, Billy's intervention is the best plot twist that we could have asked for!

A few days passed and I went to the studio to do vocals.When I finished the pass, I whistled at the end of the song. Thats when the engineer stood up and said, “that shit is fire” We’re keeping that! Glad you gusys are diggin’ the tune, love seeing all your meme’s.... #OTR

boom clap the sound of my ass.. pic.twitter.com/nC9YETb3wc

Charli XCX has officially ended me with this photo-caption combi!

KEHLANI HAS GIFTED US WITH THE FIRST PHOTOS OF ADEYA

I'M SUCH A PROUD AUNTIE! 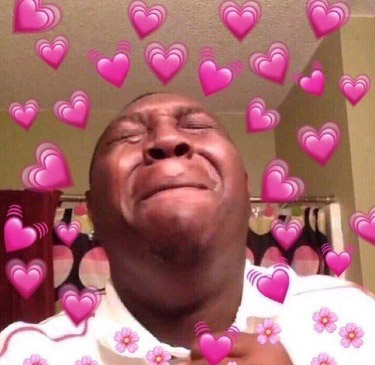 *Tyra Banks voice* I'VE NEVER IN MY LIFE STANNED A GIRL LIKE THIS!

For real, can someone give Bebe Rexha her own Disney movie, already?!

We need more empowering, independent female role models like her on our cinema screens!

i’d be so embarrassed if someone brung me on stage and the only thing i could sing was someone elses song because nobody knew my actual music. poor thing.

Ella Mai may look cute as a button, but she isn't afraid to get shady when she has to!

Seriously, though, what was Drake THINKING bringing out Jacquees to perform “Trip” over Ella in London on Tuesday night?!

SMASH MOUTH ARE THE COACHELLA HEADLINERS THAT WE DESERVE

Following on from the announcement that Solange would no longer be performing at Coachella due to “major production delays,” an unlikely outfit from the late 90s stepped up with an offer to take her place on Sunday night...

Me whenever I see people hating on BTS on Twitter.

P.S. The copy and paste game is strong, Dua!