It feels like a lot of artists were understandably lying low on social media over the last few days. As much as we love everything "music" here at We Are: The Guard, even we recognize it's occasionally healthy to take a step back and focus on the more important issues at hand. On that note, I want to use this moment to link to some resources helping those impacted by the conflict in Ukraine:

Ukrainians put together a list of resources on how foreigners can help. There are all reputable organizations doing good work. Spread far and wide:https://t.co/NeGElG48jZ

Check out the latest edition of We Are: The Guard's 10 Twitter Moments, featuring Kid Cudi, Kenny Beats, Thundercat, and plenty more.

Hey! This is my new pup Nino Brown. He's a goldendoodle and hes 4 months. He's gonna get prettyyy big look at his paws. U see he loves his papa. love u too boy pic.twitter.com/3WP5F5Kcch

I'M NOT CRYING, YOU'RE CRYING! Ever since he lost his beloved bulldog, Freshie, I've been secretly hoping Kid Cudi would adopt another dog, and on Saturday, Cudi finally revealed he'd added a goldendoodle to the Mescudi family! Nino Brown honestly might be the cutest damn puppy I've seen in my life? THOSE EYES!

He likes to take my phone pic.twitter.com/myrpyORCUW

KENNY BEATS IS NOT THAT KID IN JEEN-YUHS

That is not me https://t.co/SYbYYw7L2B

LMAO! Not Kenny Beats calling out this fan for spreading fake news about this little kid in jeen-yuhs! This reminds me of that time everybody was tweeting that child in that 2Pac video was Tyler, the Creator! Why do you have to lie, Twitter? Oh, and while we're on the topic, how are we finding jeen-yuhs? Donda West is the sweetest *cries*!

THUNDERCAT GOT SHOUTED OUT BY DAVE GROHL

Thank you for the love @seanseaevans @hotonesgameshow & Dave !!! Love you too!!! Definitely no girlfriend, just two cats lol. But I’m workin on it.Lolol. Think I’m just better off behind my bass pic.twitter.com/UbA2kuhjHx

Hot Ones has provided us music fans with some quality content over the years, like Lorde casually eating the Wings of Death like it was nothing, but Dave Grohl fanboying over Thundercat? This has to be the greatest thing I've seen in ages! Seriously, though, does anybody else want to get famous simply so they can go on this show? LMAO!

I wasn’t ignoring you. “I’m Tired” with @zendaya is out now https://t.co/BDSKo8KGRy pic.twitter.com/icAawlsjto

Not Zendaya closing out the Euphoria season finale by appearing on Labrinth's "I'm Tired?" Erm, excuse me while I have a whole ass mental breakdown! This collaboration has me in tears! And I haven't even mentioned that we're going to be getting a remix featuring Kid Cudi? BRB, booking an emergency appointment with my therapist!

Will forever be THAT BITCH pic.twitter.com/t67Lj4YrNP

Are you freaking kidding me, Megan Thee Stallion? Meg has been kind of quiet across social media over the last few weeks for obvious reasons, but the Queen Hottie briefly returned to Twitter on Thursday to deliver this badass set of photos! Tina Snow is the definition of ice-cold! Can somebody give her a Marvel movie franchise, already?

TYLER, THE CREATOR IS KILLING IT ON TOUR

my mic turned off during the song. united center, chicago. https://t.co/eg3yeMBw62

It's the fact that Tyler, the Creator has been totally killing it on the Call Me if You Get Lost Tour for me? From the sets to Tyler's performances, the whole thing has looked spectacular! Tyler sailing a boat down the center of the arena during "WUSYANAME" is for sure a highlight of the concert, even when his microphone is turned off!

LIZZO IS A FLAPPER GIRL ON THE COVER OF VARIETY

Lizzo on the cover of Variety? *Kim Kardashian voice* IT'S WHAT SHE DESERVES! Lizzo is looking absolutely stunning, not to mention I'm loving this flapper girl hair on her! Roxie Hart could never! P.S. Who else is excited for Watch Out for the Big Grrrls? I'm pretty sure I'm going to be spending the whole of spring binge-watching this!

I BEEN WAITING FOR THIS ONE… TURN IT UP—This is the greatest moment of my career yet. Yall ready to laugh, cry, twerk, repeat?! WATCH OUT FOR THE BIG GRRRLS DROPS 3/25 ONLY ON @PrimeVideo pic.twitter.com/9rcFqtn5S4

THE WEEKND INVITES US TO THE DAWN FM EXPERIENCE

remember when I held you? pic.twitter.com/at9Fkc9sk3

While he decided to announce it on Twitter at a really, really bad time, The Weeknd's Dawn FM Experience is very much living up to the hype! Even if you're not a fan of his music, you have to respect that Abel Tesfaye has been out here building an entire damn cinematic universe since the days of After Hours! Genius, much?

MILEY CYRUS AND MÅNESKIN ARE COMING TO ROCK

MILEYSKIN SEASON APPROACHING! No, really, I'm fully obsessed with the idea of Miley Cyrus and Måneskin collaborating! I'm pretty sure It's going to change rock-and-roll forever! Can you imagine the vocals? And the fact that Mark Ronson is offering to produce them? I'm screaming! GIVE US A WHOLE ALBUM, ALREADY!

SZA HAS US ASCENDING WITH HER ISOLATED VOCALS

Me every time somebody posts one of these isolated vocal videos: 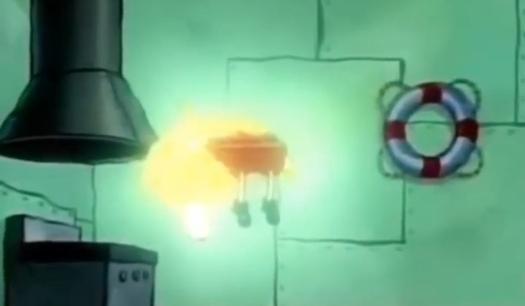 These isolated vocals from Frank Ocean tho!! pic.twitter.com/QC8Fxy8IJV