It goes without saying it’s been an extremely busy few days on social media. Who’d thought the return of the Starbucks Red Cups would get so many people talking? Jokes aside, it feels like everyone and their second cousin twice removed were sharing their hot takes on Twitter this week, and that goes for our favorite artists too. With Hump Day officially upon us, then, let’s check in with the very latest edition of We Are: The Guard’s 10 Twitter Moments, featuring Lil Nas X, Childish Gambino, Kanye West, and even more!

Lil Nas X really said “They grow up so fast!”

MY FIRST SINGLE IN ALMOST 2 YEARS “HOLIDAY” IS OUT THIS FRIDAY! pic.twitter.com/5quf8NHUO2

CHILDISH GAMBINO SEASON APPROACHING! No, really, who needs the holiday season when you have Donald Glover?

while im here: 'atlanta' s3+s4 are going to be some of the best television ever made. sopranos only ones who can touch us.

Me when Kanye West decides to run again in 2024: 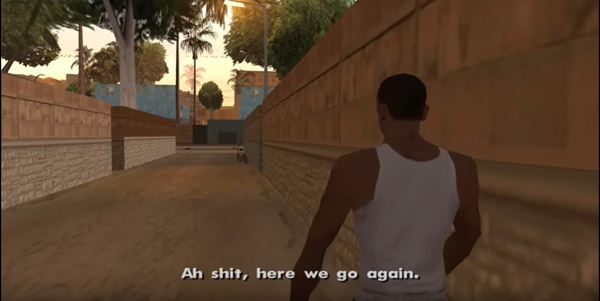 Fuck yes! Your wish is my command baby. https://t.co/wJW6zqMNY4

Ever since that Blondie cover dropped, I genuinely haven’t stopped thinking about this! BRING ON PLASTIC HEARTS!

it’s always a good time to simp for @ChrisCuomo

THANK GOD IT ISN’T ONLY ME! What has this election done to us?

stream my chris cuomo fancam.... if u will.... pic.twitter.com/6CxUDjHGAJ

Sometimes I want to start a metal band.

DO IT, THUNDERCAT! I’m thinking Doja Cat on vocals?

she really turned a disco song into a heavy metal song, i’m sorry but nobody is seeing doja cat pic.twitter.com/g4lXn2zLJl

JOHN LEGEND HAS GEORGIA ON HIS MIND

Georgia on my mind pic.twitter.com/QKvOjA2LL0

We love you, Georgia!

He has been waiting to post this for 5 hours https://t.co/vIz2bNkkCW

LANA DEL REY IS THE QUEEN OF VOCALS

Erm, invented vocals, much? I’m serious, those high notes left me QUAKING! Oh, and does this mean Lana Del Rey is officially a red?

I’d give up forever to harmonize with you

LENTRA HAS MADE IT TO TIMES SQUARE

We Are: The Guard favorite lentra has made it to Times Square, people! BRB, streaming i wish things were different in celebration!