Kanye West returned to Instagram on Monday, and unsurprisingly, his first post was as chaotic as ever. Does anybody else miss it when he used to tweet about water bottles and getting emotional over fonts? Anyways. The Donda rapper wasn't the only artist driving clicks and making a noise on social media over the last seven days, as we're about to find out in the latest edition of We Are: The Guard's 10 Twitter Moments, featuring Lizzo, Lady Gaga, Lil Nas X, and more!

LIZZO GOT SHOUTED OUT BY BEYONCÉ

Lizzo freaking out at Beyoncé shouting her out in "BREAK MY SOUL (THE QUEENS REMIX)" is all of us. Seriously, though, We Are: The Guard has been championing Lizzo for as long as we can remember, so it's genuinely awesome to see her getting this kind of recognition. DROP THE COLLAB, BEYZO!

I ALWAYS BELIEVED IN ME NOW BEYONCÉ BELIEVE IN ME TOOpic.twitter.com/58785OOHAT

I'm about to make Joker 2 my whole personality, I fear? 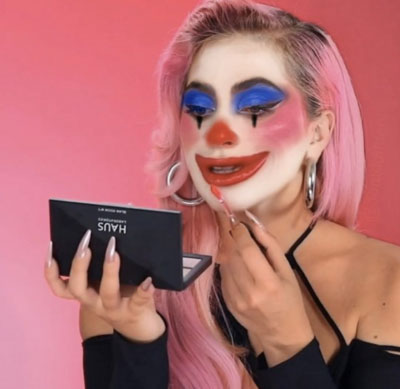 Lil Nas X is officially entering his Sexy Gothic Vampire Era™, and honestly? I'm absolutely here for it. I'm definitely thinking we need a Twilight remake with Lil Nas X in the lead role of Edward Cullen? Can we also take a moment to appreciate those six-pack abs? Robert Pattinson could never!

CHLOE BAILEY DID THE "PLASTIC OFF THE SOFA" CHALLENGE

The runs? The range? The whole technique?

Lmao no because exactly!! Ain’t nobody got the instrumental BUT CHLOE DO

omfg i used to annoy chloe so bad https://t.co/wK3pGH8WeO

Chloe and Halle Bailey really haven't changed over the years, huh? Hahaha. While Chloe was singing like the rent was due on Friday, Halle was busy looking back at her best troll moments. What can I say? As a little sister myself, I can confirm it's our role to be the most annoying human being of all time!

Chlöe was stressing like she was a mom with a house, full of bad a$$ kids

Erm, did somebody say: "ALBUM TITLE?" Megan Thee Stallion is officially coming, Hotties. If her latest tweets are any kind of sign, something tells me this album is about to go the hell off. Meanwhile, find me over here inserting the word "traumazine" into every sentence I can over the next few weeks!

It almost that time… pic.twitter.com/oLEgn84CgG

GRIMES CAME OUT AGAINST THE MINIONS

Me reading this: "I love you but please turn off ur phone or give me a dall. I cannot support hate. Please stop this. I know this isn't your heart." Jokes aside, it takes a brave, courageous kind of soul to come out against the Minions on Twitter. Azealia Banks is surely typing her response as we tweet!

No, this is BECAUSE she wasn’t on the minions soundtrack

I’m receiving the Video Vanguard Award at the 2022 #VMAs! You don’t want to miss my performance – Sunday August 28 at 8p on @MTV Aaaahhhhhh csfxffvmmkbdsavgkmkkevhvjj pic.twitter.com/dPGgXe2gZA

It's been a long time coming, but on Tuesday, the MTV VMAs finally announced the news all of the Barbz have been hoping to hear: Nicki Minaj is the recipient of the 2022's Video Vanguard Award. Nicki has been serving us iconic visuals and aesthetics for over a decade, so this is totally deserved. LEGEND!

DESERVED. Nicki been giving visuals since the beginning pic.twitter.com/qodnHD8TJT

i really enjoy red wine now, am i all grown up?

WELCOME TO ADULTHOOD, MACHINE GUN KELLY. No, really, forget paying your bills, doing your household chores, and maintaining healthy, loving relationships with your friends and family. Nothing truly says "adulthood" quite like successfully drinking a whole glass of wine without grimacing. LOL!

Oh no what’s next? Playing golf?

I dressed up as Bad Sandy for Halloween in 5th grade and thought I was everything. Years later, THE Olivia Newton-John walked out onto my stage in Melbourne, Australia and we sang our hearts out together to "Hopelessly Devoted To You." This is a moment I will never ever forget. pic.twitter.com/P4jsfV9Dsp

RIP to a queen!

you truly loved each other may she rest in peace pic.twitter.com/2Z3LMTPMYq