Twitter is freakin' weird, man. No, really – where else on the Internet can you scroll past a life-changing garlic hack one minute and O. J. Simpson the next?! Anywaaaaays! Despite all of the Peak-2019 Craziness™, I'm pleased to say that our favorite musicians still had plenty to get off their chests on the fastest-moving social network this week. Cancel whatever it is that you had planned this Hump Day, then, as it's time to check out the latest edition of We Are: The Guard's 10 Twitter Moments, featuring Rihanna, Taylor Swift, Shawn Mendes, Troye Sivan, Halsey, and more.

when you been MIA and got hella people to get back to. pic.twitter.com/OBmkSW6GIW

Wait?! Is this Rihanna hinting at the fact that she's *finally* working on new music for the Navy?! Or is this just another plug of her FEИTY clothing line, which apparently doubles up as chic bondage gear?! I can't take much more teasin', RiRi!

IIDFIDHDISSDJJHSFIASFHASOFIHAD! And, just like that, peace was restored to the lands! No, really – my acne is cleared, my crops and thriving, and my grades are soaring, and it's all thanks to Taylor Swift and Katy Perry finally making amends in the cutest way possible in the video for “You Need to Calm Down.” “Iconic” doesn't even cover it!

My name is liam Gallagher I have 4 beautiful children I have dabbled in drugs over the years I’ve had many number 1s now send me the keys to no10 I’ll sort this pile of shit out WHY ME?WHY NOT.

We're living through some seriously bizarre times, politically, and, honestly?! Brit-pop legend Liam Gallagher becoming Prime Minister of the United Kingdom doesn't even feel like that much of a stretch at this point. Let's just hope that he makes it law that Oasis have to reunite as soon as he's in office.

who won the dance-off me or @AndersonPaak ? pic.twitter.com/FJhCFR0hNq

This Shawn Mendes tweet is so on-brand. And by “on-brand,” I obviously mean that he sounds like my 50-year-old dad who recently started to use Twitter in an attempt to “keep up with the times.”

TROYE SIVAN AND NASH ARE EVERYTHING 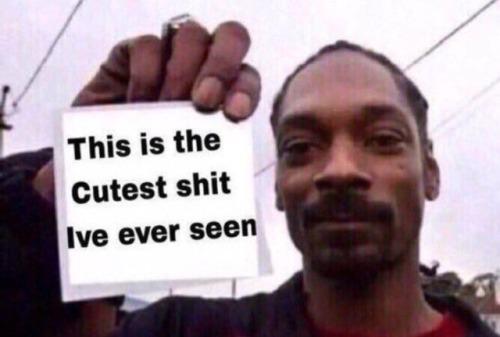 DUCKWRTH IS THE REAL DEAL

I’m really trynna continue to care and make meaningful art. But I’m not gonna lie, this generation of numbness is breaking my heart. Feels like ppl are only hear for entertainment. Anything deeper than that, their logging out. And I’m totally hurt by it yo.

In a world full of phonies and fakers, Duckwrth is the definition of the real deal. If you happen to be reading this, Duckwrth, all I can say is: KEEP DOING YOU! There are so many people out there who love and respect your art (We Are: The Guard included!), and it won't be long until the rest of the world wakes up to your greatness.

LIZZO IS A SKINNY LEGEND

Me, after drinking 8 glasses of water and eating kale pic.twitter.com/NKnACHiz4Y

Forget her Sister Act-inspired performance. Lizzo turning the dress that she wore to the MTV Movie & TV Awards into a green screen is the kind of memeable content that Twitter and I truly live for. WE STAN A SKINNY LEGEND!

I'm yet to watch the latest episode of Black Mirror where Miley Cyrus plays Ashley O, a fictional pop star who sings a bunch of Nine Inch Nails songs, but if it's good enough for Trent Reznor, then it's sure as hell good enough for me!

...AND SO DOES HALSEY