12 THINGS YOU DIDN'T KNOW ABOUT DENM

Today we sat down with West Coast garage-pop artist DENM, who released his addicting new single “Bless Your Heart” this past week. As a bonus we couldn’t be more excited to share that we’re also the label here at We Are: The Guard for DENM. Keep reading to find out 12 things you didn’t know about DENM, including everything from his motivations and passions to what his typical morning routine looks like.

What do you and your music stand for or all about?
Honesty my music stands for a lot of things. There’s still tons of songs that haven’t been released— a lot about life and my journey as a human. There’s some party songs, love songs, and some songs about change. It’s all over the place really; I just write what I feel.

What’s something you’re uber passionate about?
I’m really passionate about being a good husband and dad. I never had that example growing up, so I want to be able to raise healthy wholehearted kids, who are secure in who they are. I want them to see how to love a spouse and how to love people in general. Other than that, I love to surf and play golf. I grew up surfing, and I just started golfing this summer and love it.

How does a typical morning get started in the world of DENM?
I wake up anywhere between 7 to 8:30, depending on when our little guy Keagan wakes up— sometimes 9 if we’re lucky. Either me or Brae will make breakfast for everyone and then we all just kinda hang.

Can you tell us about a life changing moment, piece of advice, or book that changed has changed your life?
Ha, I mean I’d say getting married as a kid was pretty nutty, but we proved everyone wrong because we’ve been married almost 7 years now. We’re way better friends than ever before. Say yes to love. Say yes to the hard times. Grow up. Don’t stay young forever, because you’ll end up the weird uncle at thanksgiving that never grew up.

Who's one artist you love that needs more attention right now?
DENM, ha,  just kidding. Probably 6LACK, even though he’s blowing up. He’s just so so so good. In the indie circuit, probably Beach Fossils. They’re already sort of big, but they deserve to be way bigger. They’re on their grind, just like the rest of us ha. Jack Vanity is probably one of the coolest artists I’ve heard in a long time. He deserves it big time. There’s so many people.

Do you have a live “Spinal Tap” embarrassing moment or situation that happened?
One time we were on this real big tour, sold out every night, probably 5k cap rooms or so. It was big and really fun. One night we were in Minneapolis, but we had played Milwaukee the night before. We were about a month in to the tour, so we were all a little tired. Either way, first song ends, crowd goes nuts, and I scream “what’s up Milwaukee,” and the crowd goes silent. The whole band is just looking at me. They mouthed “Minneapolis” to me... and my heart dropped. So I said I was just kidding, apologized, and just blamed it on the tour saying we were there last night. They forgave me and started cheering again, and it ended up being an amazing show.

If you were on death row, what would your final meal be?
Howlin’ Rays. 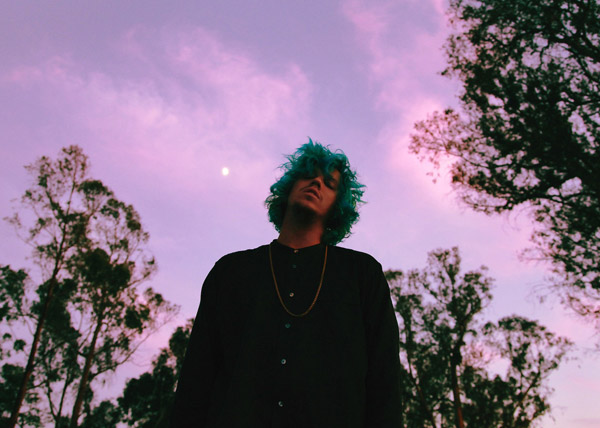 What’s one thing you know now that you wish you knew when you first started?
You’re not gonna blow up overnight. You’re going to have a tough road ahead of you. You think it’s going to happen right away, but you have to write thousands of songs. You’re going to go to a thousand different pointless, worthless sessions. You’re going to be broke. You’re gonna have to want it more than anyone, but you’re also going to learn. You are going to get better. It’s gonna take years and be really hard, but you will make it. And when you do blow up, it will be sustainable, because you weren’t afraid of the process of growing. It wasn’t an accident.

What’s the first thing you remember buying with your own money?
I bought a surfboard when I was 6 with some birthday/chore money I saved up.

What motivates you to succeed?
My family.

What’s the best piece of advice you ever received?
My cousin told me “music is the most personal thing in the world, but you can’t take it personally,” and he also told me “don’t use so much reverb.”