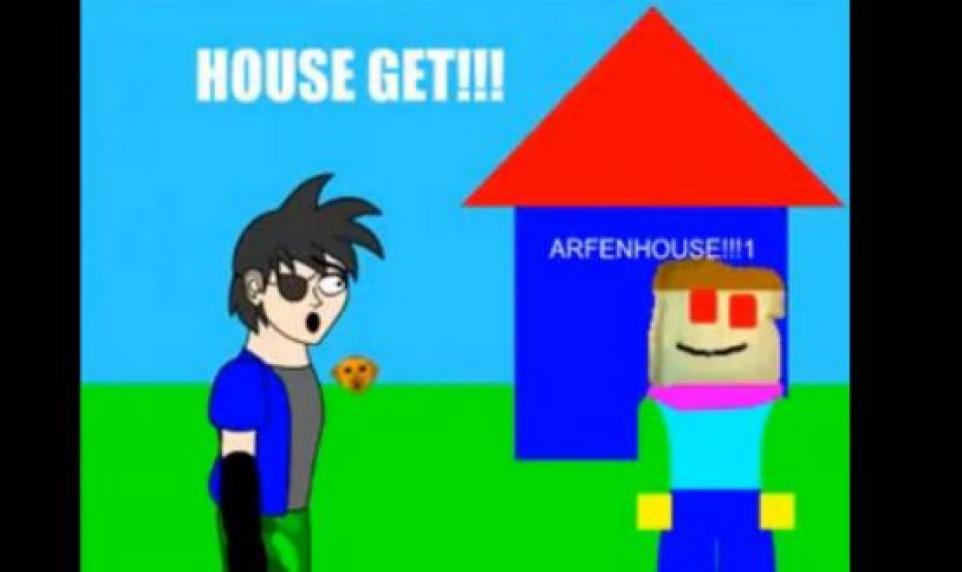 WTF: Arfenhouse Is In The House

It must have been 5 years ago or more that I watched my 1st Arfenhouse and then consequently fell in love with the OCD South Park of flash animations and RPGs, if that makes sense.

Arfenhouse is created by Paul Netto (Misteroo), and developed by Disaster Labs. All videos are intentionally poorly produced. The graphics are rudimentary and the plot is incoherent to an extreme degree. As such, the series can be passed on as comedy and has developed a fanbase within the Newgrounds and deviantART communities.

With characters speaking in "hacker" and "leet speak" the dialog has been called "Arfenspeak" by its producers and fanbase.
Arfenhouse supposedly revolves around the adventures of Housemaster, the man with a slice of bread for a head, as he defends the one room mansion of the Arfenhouse.
Numerous catch phrases to delight and entertain like "Joe's Here" "Give Me Your Monnneeeyyy"  "Picachu demands more lines."
Arfenhouse pairs good with Dan Deacon. Enjoy.