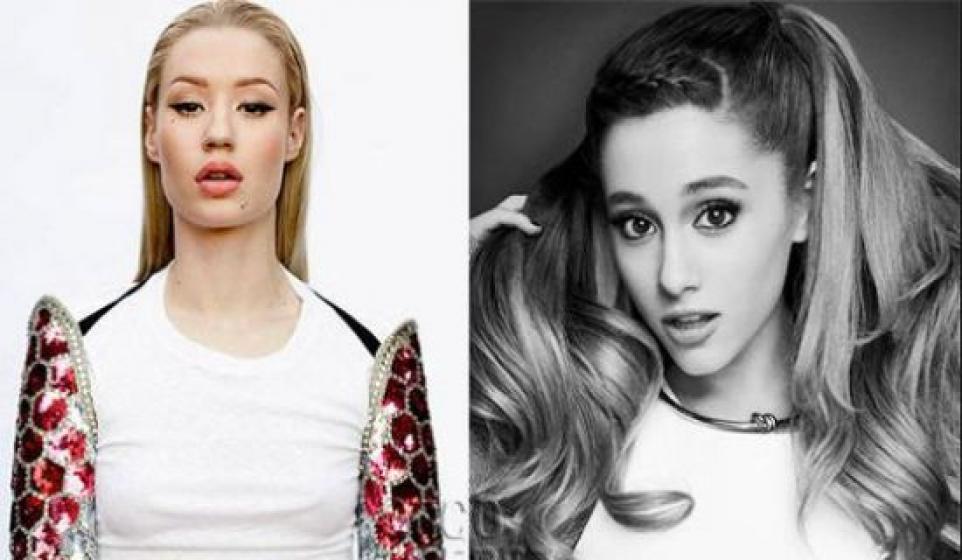 Ariana Grande has basically been working full-time since she was 15, so it's no surprise she's following up last year's hit debut, Yours Truly, with another record this summer. She released the first single this week. "Problem (Feat. Iggy Azalea)" is a best new track.

"Problem" is a bombastic, horn-driven affair that's destined to put a hop in your step. Grande's vocals shine and once again the Mariah Carey comparisons are unavoidable. It's almost like she's baiting us. Everyone's favorite Aussie hip hop star, Iggy Azalea, adds her flare to the proceedings to further spice the track up. And speaking of spicy, the two lovely ladies flirt and bat their eyelashes at us, well actually just me, in the music video while literally covered in shade. If that wasn't enough to get you to watch, it's also a lyric video.

There's neither a title nor a release date for Ariana Grande's sophomore record, but "Problem" is as good an appetizer as you could ask for.

Thanks for stopping by Bitcandy, where even though we hate you, we wanna love ya.