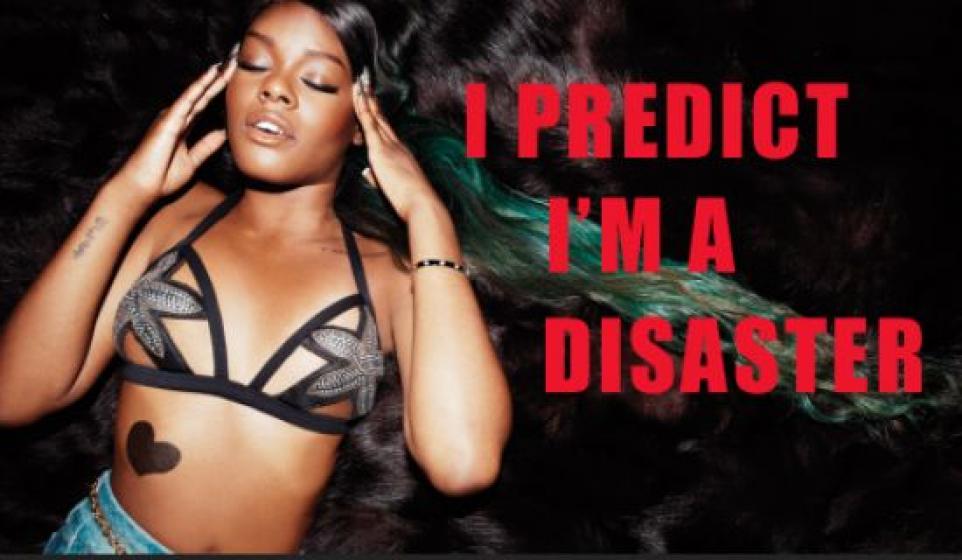 We've been here before. Azealia Banks had a good song(s), and now she is putting out mediocre Trina-esque shit. Only now she's  done it while trying to hitch her star to one of the best memes in a long while: The Harlem Shake.

Azealia decided it was good idea to get (probably/hopefully) drunk and stoned and free style over the track.  *Hey just a guess and an editorial comment.  The result is a boring, dick limp track that dilutes the fun and spontaneity of this meme.

Check it out below:

You know how bad everyone knows this is?  This is the 3rd embed I've had to find that wasn't taken off the net.  So if you're viewing this and it's not working just youtube "Azealia Banks" + "Harlem Shake" or don't!  You're life will be so much better without it.

Now check out these virals videos and see how vastly superior they are:

One interesting note in all this is that Azealia originally ACTUALLY put this up on her own soundcloud, but then very quickly and quietly took it off.

As our editor Glitch points out, there can only be a couple of reasons for this:

1) Everyone knew that it sucked so she freaked out and pulled it
2) The label didn't not have control of her soundcloud account (maybe that is personally Azealia's) and she put it out without running it by the label 1st?
3) They got a take down notice from Baauer (the original artist)... but not as likely.

Regardless, we've been here before with Azealia not getting anywhere close to the original 212 track that broke her.   I'm pretty sure it's time to stop caring.  But I heard she's working on a new area code song called 512.  Hey...what up North Kentucky!

I guess it's no surprise that Azealia Banks made our Biggest Hyped Sales Fails of 2012: