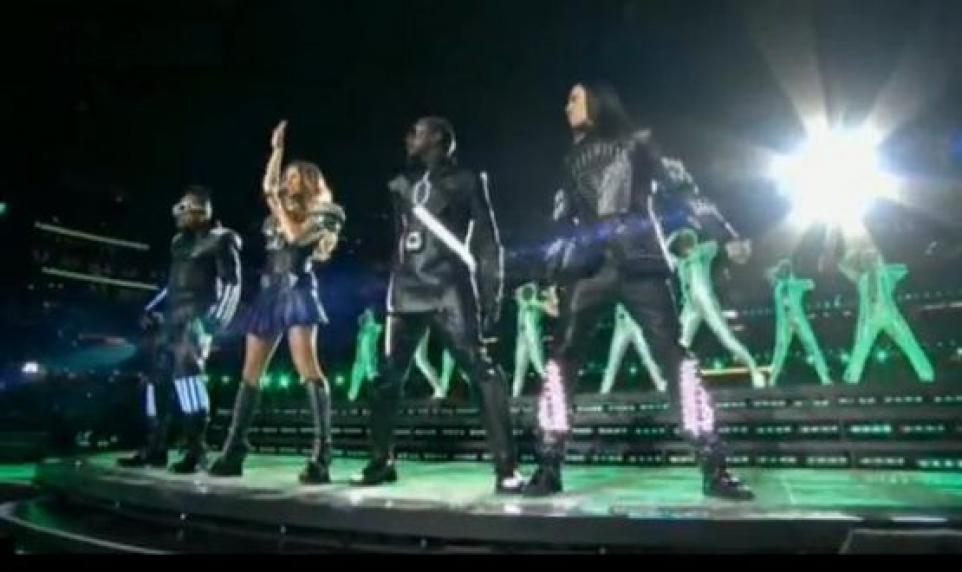 Black Eyed Peas: Why Their "Extended Hiatus" Will Set You Free

When Fergie announced the Black Eyed Peas will take an indefinite "break" last week, the news spread through the universe like a smoldering cigarette butt through August sage brush and everyone from The USA Today to Perez Hilton weighed in with their assumptions.  More debate was given to the subject of their open-ended break than the wagering of Social Security check mailings.   Some of these articles tout the reasons that the Black Eyed Peas cannot walk away from their fans with the passion of a Pentecostal minister begging its congregants to step away from the porn.  The evidentiary themes used to back up the contention are consistent:  they win awards, their performances are innovative, their lyrics are impassioned.  And while these can be the ingredients for a good band, too many times they simply are not.  Gather yourselves my comrades for you need to take a stand against deception.

Let's address these awards.  It is a fact the Black Eyed Peas have won Grammy Awards and have sold millions of albums.  However, using the accolades "is to" extraordinary band analogy is not the same as proving a geneticist a genius for earning a Nobel or a writer a worthy wordsmith for winning a Pulitzer.  Look no further than Billy Ray Cyrus, Creed or Justin Bieber to disprove the musical talent equates with record sales theory.  And want to talk about Grammy's?  Let's dispel that corollary with Maroon 5, the Dixie Chicks and Hootie and The Blowfish. Why this will set you free: Face it, whoever holds the silk purse has the most money invested into the sow's ear.  During this era in music especially, attitude dominates aptitude.  When the money people cram the artist's honors down our throats to convince us their band is worth following, we swallow the promotional spunk that diverts funds from the talent we should be listening to.  Much in life comes down to spit or swallow.  Sometimes it is best to spit my friends.

The Black Eyed Peas have been credited as technological innovators for their integration of 3-D film into live performance.  Is this reason enough to barricade the door so they canít leave?   Check out the technological innovation of Jonas Brothers: The 3D Concert Experience.  Because a big ball of shit flies off a movie screen and lands in my lap, is talent manufactured where there was none in a prior proportion?  And the experiment certainly doesn't gain credibility in those horrid paper glasses.  Just as the square remains a square even after inflated to a cube, a talentless hack remains so after deflation.  Fans of the Black Eyed Peas often defend their support of the band by hyping their Super Bowl performance. Let me speak to the BEP fans (or at least the one who is still reading), this performance is not a worthy argument to get us "others" to join you.  Find something else to make your case... I hear Casey Anthony's attorney is taking appointments.  The only thing the Black Eyed Peas managed with their Super Bowl performance was discrediting Slash.  I'd rather see Janet Jackson's tit reveal on loop than watch Fergie rubbing her ass against Slash's leg like a dog with pin worms while shrieking her vivisected rendition of Sweet Child O' Mine again.  Axl, you have been vindicated.   Why this will set you free:  Believing in smoke and mirrors is an insult to your intelligence my brethren.  Performance can elevate a band.  Trickery, however, makes you die inside.  Aren't you tired of being manipulated?

And if none of this rant did in fact set you free and you still insist on turning your hearts and wallets over to the Black Eyed Pea machine, rest assured that "extended hiatus" is a word oft used by bloated bands to announce they will inundate you with vile solo projects until you cry uncle and beg for the original band back.  And if I have swatted you toward the light and you need one more reason to feel good about the dismantling of the Black Eyed Peas, think about the funds that will now be available for cancer, AIDS and erectile dysfunction research instead of being tied up in producing vastly superior fillers that will keep Fergie's face from collapsing into itself.