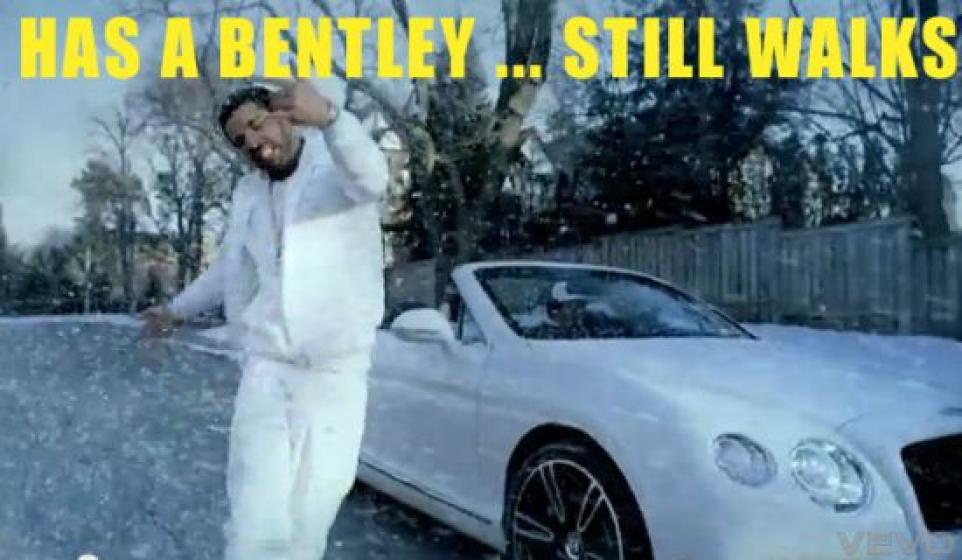 So Khloe Kartrashian got fired from X-Factor and Boy George lost a chunk of his body. Big fucking woop! Never mind the trash that makes it onto the headlines, I’m really suppose to be here to save your pretty little tushy from bad music. And NO! Pop is not bad music, at least not our kind of pop. I know, shocker right?  But by now you should be well aware of our high standards for creddy pop music, sillies.

We’ve filtered through tonz of music for the top alternative pop songs of the past week and we’re ready to infiltrate your ears.

Topping our list is a fresh mix delivered by one of our fav mashup duos. Once again The Hood Internet has slapped an edgy hip hop track on top of a dreamy techno synth beat. They're one of the few who blend music well.

I advise you to not be distracted by Tyler’s new video in which he recreates a scene from Nacho Libre. You’ll notice that the beats are heavier than any other Tyler song and there’s a whole lot of shitting going on. Check out our full review here.

Okay, so this one’s not so new, but it continues to be one of the best genre blending cocktails in the blogosphere and at the moment, it is probably one of the most played songs on TV. Umm Dr. Pepper anyone?

The 80’s inspired pop pioneers known as Ghost Beach, have been busy creating new dance music for us. Yeahy! They’ve partnered up with Noosa, a fellow New Yorker and together have created a very dreamy single.

We quietly introduced you to the Brooklyn indie pop band Black Light Dinner Party oh about a year ago. They’ll be releasing their debut album this spring and we’re pretty sure they should be famous about this time next year.

Here’s a bit of change. Doo-wop? I love fucking doo-wop. Hoodie, you’re no Marshall Mathers, but bravo. With a couple of bleeps here and there, this song is perfect for the radio. If you like what you hear, Hoodie will be digitally releasing his album, Crew Cuts, for free today.

Drake - Started From The Bottom (Explicit)

Am I the only one who refuses to accept Y.O.L.O.? I think Glitch said it best: Drake...once again proving there's such a thin line between rap videos and SNL skits.

Umm, this is interesting. Definitely wasn’t expecting this sound but okay. I’m going to assume that the instruments and records being thrown into the flames is some sort of metaphor, perhaps? Not sure if I love it; I was hoping for something more along the lines of their hit song "Dance, Dance."

Nu Galaxy and Manny-Mac Productions brings a new video for "Attention"...check it out!

I’m afraid that’s all we have for you today, my little poptarts! We’ll be back next week with more sweet jingles. Until then make sure you spread the buzz about BitCandy because sharing is caring.  And if you think some of these songs are more indie than pop just check out our best of indie page here to hear the difference.  Toodles, bitches!