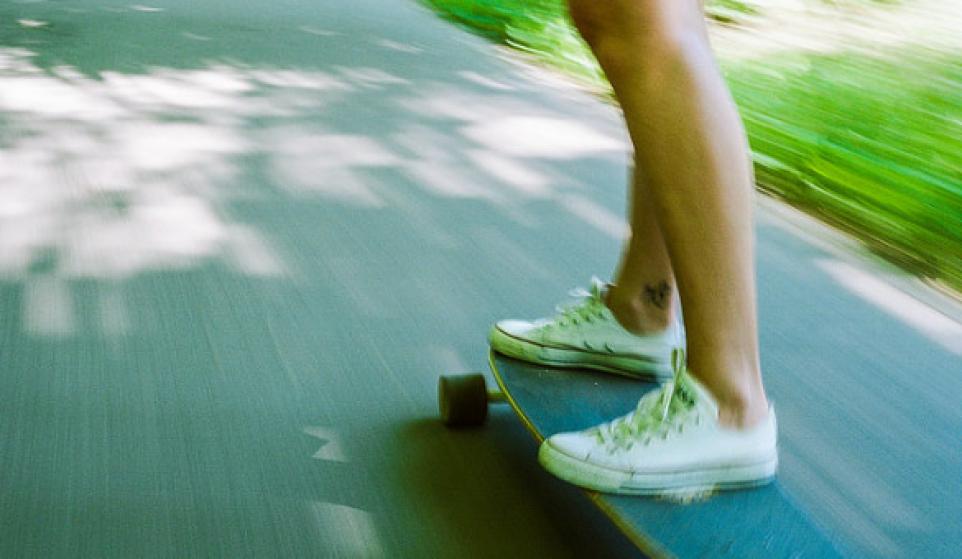 I hope you guys are making the most of this weather as believe it or not it was the summer solstice last weekend which means days are already starting to get shorter! Go to the pool, go to the beach, go do something as before you know it it'll be winter again and we'll be returning to wearing oversized sweaters and ordering Pumpkin Spice Lattes! But for now the sun is still in full beam and BitCandy is back with some best chill music to accompany you on your fun times! Vibes, vibes, vibes from Melbourne producer Japanese Wallpaper, Sydney duo Bag Raiders, Brisbane beatmaker Charles Murdoch (clearly there's something in the water in Australia) and more to keep you effortlessly cool during this hot season!

This is everything! After captivating us in 2014 with her debut EP If, Irish-born, London-based chanteuse Blooms returns this 2015 with “Love.” Produced by P*Nut and Gil Lewis, the velveteen and 80s-infused slice of sophisti-pop sounds like Blood Orange if they were fronted by Kate Bush! Hit play and indulge in the vibes!

My favorite sadboy Blackbear is back and sounding heartbroken as ever on “〴⋋_⋌〵,” which I'll hereby refer to as “Emo Face.” “Emo Face” finds the LA native on top form as he reflects on a destructive relationship over a skittering R&B beat produced by Basecamp and GXNXVS. “You might as well run my feelings over with your car, put it in reverse and run them back over again” he croons in one of many lyrics that put Drake to shame!

If 18-year-old Melbourne producer Japanese Wallpaper's eponymous debut EP is the ultimate night drive record, then closer “Arrival” is the song to play when you reach the end of your destination, climb on top of your car bonnet and stargaze right up until sunrise. Pairing sparkling synths and the wraith-like vocals of another favorite Australian talent of mine, Dustin Tebbut, this is dream pop perfection!

Vicktor Taiwò is a beautiful man making beautiful music! On his debut EP Juno, the photographer-turned-musician finds himself reflecting on his childhood and his relocation to London from Nigeria, with emotions coming to a head on closer “Curse.” A soulful R&B ballad which hears his Abel Tesfaye-esque falsetto deliver lines like “I still pray for you when your heart is down, was it my mistake, because you hate me now?” with heartbreaking conviction, let's hope this is the start of something special for Taiwò!

In March I declared Ørka's debut single “Tell Me” to be one of the most beautiful things I'd heard in a very long time, and the same could be said for his sophomore effort “Phantom.” Immediately you feel enveloped by the song's muted static and guitar loop, before the vocals come in and add to the sense of immersion. Indeed Ørka is an appropriate moniker since the Miami producer's music gives off the effect of being underwater, floating along, completely detached from the world above. It's a truly calming experience and ideal for those of you in need of a temporary escape from life!

“High emotion over high energy, feelings over fist-pumps.” That was the modus operandi behind “Vapour Trails” when Bag Raiders first thought up the song in Paris two years ago and to say the Sydney duo have accomplished their mission is an understatement! The lead single to be unveiled from Chris and Jack's forthcoming EP Waterfalls is a five minute atmospheric and euphoric summer anthem that'll sound huge over a festival soundsystem!

Brisbane beatmaker Charles Murdoch's music never fails to take me places. On “Straws,” the first single to be unveiled from his forthcoming debut album Point, organic and electronic beats are dexterously layered to form an intricate yet spacious cavern of sound, the quiet entrance of which couldn't be further from the squelchy exit!

Tom Misch soundtracked much of my winter and it's looking as though the London producer is going to be soundtracking much of my summer too! The vibes are turned up to 11 on his most recent effort “Sunshine,” which hears the 19-year-old blend various styles and genres into the ultimate sonic cocktail. As he croons carefree lyrics (“Because we'll be just fine, if we take our time, let the sun shine”) over big horns, a groovy Balaeric guitar riff and a thumping house beat, it's obvious Misch is feeling more confident than ever. And best of all? It's utterly infectious! Don't tell me you're not smiling by the end of this!

Thanks for listening you guys! Have the best weekend ever! x