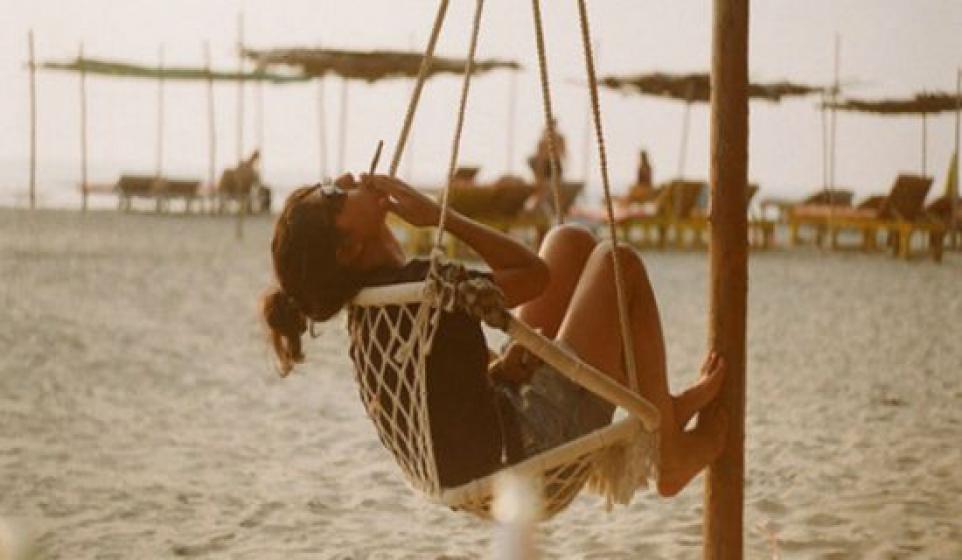 Best Chill Out Music Ever - Pt 1

Welcome to BitCandy's best chill out music EVER post.  Part Uno!  We decided we needed to compile the best music chill out tracks of all time! But, then we realized, oh sheez! There are a lot of great chill out songs out there. So darn many, we are going to share them gradually, over 3-4 posts, starting today, kids! If you want to contribute, then tell us what chill out songs we should be featuring in the comments, below. If we like your picks, we promise to include them next week, complete with a big ol', “Thank you, (insert your name here)!”

“La Femme D’Argent,” which is French for “The Silver Woman,” opens Air's debut album, Moon Safari, in a glorious, synth lounge fashion. The LP, which was released in 1998 (clearly, 1998 was the year of chill), is described by one iTuner as “a tokers delight.”

“Sparks” was the final single to be lifted from Röyksopp's illustrious debut album, 2001's Morning A.M. The lead vocals are courtesy of the Norwegian singer, Anneli Drecker, who fronts the cult dream boppers, Bel Canto.

Moby “Wait For Me”

“Wait For Me,” which features the quite delightful Kelli Scarr, was the final single to be lifted from Moby's ninth album of the same name in 2009. Moby recorded the entire LP in his bedroom in New York, and it was subsequently mixed by Ken Thomas, of Sigur Rós fame.

Speak of the devil, and he doth appear. “Samskeyti,” aka “Untitled 3,” is taken from Sigur Rós' third album, (), which was released in 2002. The vocals of “Samskeyti” are performed entirely in Sigur Rós' own language, “Vonlenska,” otherwise known as “Gibberish.”

Barcelonian, lounge via jazz project, Stigmato Inc, unveiled their debut album, Reality Check, in 2003. Later that year, the title track was hand picked by the DJ, Stéphane Pompougnac, to appear on volume six of the prestigious Hôtel Costes compilation.

In 2006, Charlotte Gainsbourg, the daughter of the French lothario, Serge Gainsbourg, released 5.55, her first album since the infamous “Lemon Incest” of 1986. Gainsbourg wrote the lead single alongside those aforementioned luminaries of French ambiance, Air.

“Farewell/Goodbye,” which features Big Sir vocalist, Lisa Papineau, is lifted from M83's third album, Before the Dawn Heals Us. The LP, the French trio's arguable breakthough, was released in 2005, following the departure of founding member, Nicolas Fromageau.

In 2001, Parisian electrotango outfit, Gotan Project, released their debut album, La Revancha Del Tango. There is more to the enormously innovative LP than “Época,” including this ambient cover of Frank Zappa's “Chunga's Revenge.”

That's a wrap for this dreamy post of our best chill out music...and we now implore you to...