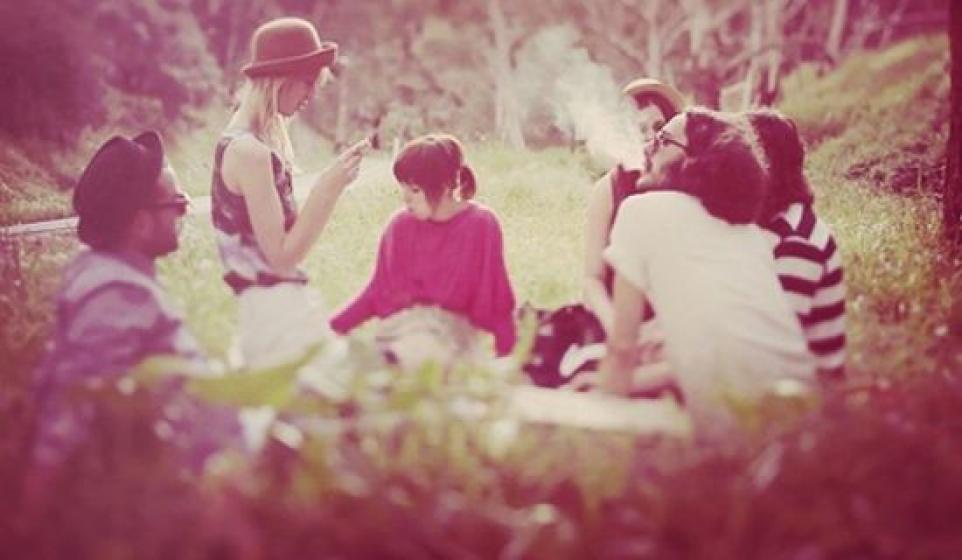 BEST CHILL OUT SONGS EVER - PT 2

As far as escapism goes, Chill Out Music just does the trick. It somehow automatically takes you to that special place—where everything is blissful and calming. And what better way to end or start your day with our top 10 Best Chill Out Songs at your disposal...and yes this is Pt Deux!  If you missed Pt 1 of our favorite chillwave tracks of the last 20 years you can always check it out here! http://www.bitcandy.com/plogs/plogDedicated/music/best-chill-out-music-ever-part-1

Skim through or gorge on these delictable vibes to your heart’s content.  And do it with someone you love.  Add early 3 a.m. metropolitan skyline and intoxicants for everything to be "just fine."

This intoxicating electronic song is rife with beguiling organ sounds, pulsating drum beats and throbbing bass lines. Composed and produced by the Norwegian Electronic duo Röyksopp (Svein Berge and Svein Berge), “Eple” is a highly hypnotic track that’s just too good for words. In fact, it didn’t even have any lyrics. That’s how amazing this song is. Give it a listen and be prepared to be transported to musical utopia. With “Eple,” you can never go wrong.

This trance-inducing mid-tempo ambient song by Moby is really an eye opener. With its haunting piano rhythms, reverse string samples and melancholic lyrics, “Porcelain” effectually wails about unrequited love, of a relationship that’s not meant to be. It’s sad and uplifting at the same time which I think is a rare combination for a song to convey. But it does it so effortlessly to a point where it does give you a cocktail of emotions and a musical high unlike any other. I don’t wanna jump the gun but I think “Porcelain” is a classic in every sense of the word and in any genre. It might be too soon to say this now but I know that history will prove me right. So keep your eyes and ears peeled.

It’s hauntingly beautiful, accessible but not shallow with a really eerie video to boot. “Teardrop” is a masterpiece by Massive Attack, an English musical group from Bristol. Comprised of Grant "Daddy G" Marshall and Robert "3D" Del Naja, Massive Attack are long considered to be the pioneers of Trip Hop, a hybrid of Breakbeat that incorporates elements of jazz, funk and soul. “Teardrop” is a hard song to describe but it has a universal appeal even to casual listeners. It’s so dark, melodic and mind-blowingly ethereal that it almost brings tears to my eyes every time I listen to it.

It’s a slow-burning, lyric-less chillout song by Nicolas Godin and Jean-Benoît Dunckel aka Air that’s something to behold and experience. And just like the name of the band suggests, it’s ‘airy’ and starts really slow with its mild arrangement, until it climaxes to an explosion of resonating bass line, sharp electronic keyboard and slow-building piano among other things. “La Femme D'Argent” has a great build up and a really satisfying climax—things that are crucial for a great chillout experience. It’s a brilliant song through and through.

It’s minimalistic and straightforward yet dark and brooding. “Crystalised” is a solid single off of The xx’s critically acclaimed debut album. The song talks about the intricacies of love and relationships but it’s conceived and executed in a way that is never cheesy. It’s unmistakably indie yet totally relatable despite its nuances or idiosyncrasies. “Crystalised” is a creeping love song that you’ll fall in love with slowly but surely—a real masterpiece.

Music is a universal language and when sex is the front and center of the conversation, no translation is needed. Case in point: Jain Birkin and Serge Gainsbourg’s erotic anthem, “Je T'aime,...Moi Non Plus.” Listen to it and you’ll know what I mean. Never mind that you don’t know French. The moans and wails will articulate what this song wants to convey. It’s sexually consuming in every sense of the term. It pulls no punches so don’t expect some subtleties. It gets straight down to business; as it should be. “Je T'aime,...Moi Non Plus” is the ‘Kama Sutra’ of songs--truly an orgasmic musical experience.

This song was used in a TV commercial to launch the Mitsubishi Outlander in 2003 and subsequently received a Grammy nomination in the ‘Best Dance Recording’ category. These are probably two of the most important things that you’ll need to know about “Just Breathe,” well except that it’s hypnotic and highly addictive. The song just has it and it’s very hard to point out what makes it special. It just gives you a high that’s beyond words and it flows naturally too—like breathing. So the next time you need some alone time, listen to “Just Breathe” and watch as all your worries seem to disappear; albeit only for a moment. But hey, it’s better than nothing. Just remember to breathe in and breathe out as this hypnotic song takes you to musical Shangri-la.

BOARDS OF CANADA - REACH FOR THE DEAD (FROM TOMORROW'S HARVEST)

Spiritual is the best word to describe “Reach for the Dead,” an atmospheric drone-piece that evokes transcendental and contemplative musical experiences with every tone, beat or rhythm. It’s the first full length track from Boards of Canada’s highly anticipated Tomorrow’s Harvest album; the first one they did in eight long years! And what a way to kick things off. “Reach for the Dead” is a brooding and ominous kaleidoscope of instrumental hues contrived to summon and awaken the senses from a prosaic-induced slumber. This might be how ‘enlightenment’ sounds and feels, and with a really mystical music video to go along with it; “Reach for the Dead” makes you feel like you’re floating in the skies but never too close to the sun--something that only an ‘enlightened’ song can accomplish.

FREESCHA - WATCHA GONNA GO FOR IT

This is a vaguely orgasmic mid-tempo electronic song that’s the brainchild of the musical duo Freescha, comprised of Nick Huntington and Michael McGroarty. If you like Boards of Canada or Air, “Watcha Gonna Go For It” might just strike your fancy. I mean, what’s not to like? With its low-fi keyboards, chantry organs, retro synths, muffled beats and taut bass lines just to name a few, you’d be hard-pressed to find a song as steeped in radical electronic sounds as this gem. Freescha doesn’t belong in IDM (Intelligent Dance Music) for nothing. If you wanna escape from the boredom of conventional music, I say go for it and listen to this mesmerizing track.

This is a spooky minimalist electronica that’s smooth and effortless in its execution. Trentemoller’s “Miss You” is a melancholic, lyric-less masterpiece that surprisingly brings a smile to your face—that is if you try to listen to it, in its entirety. This is exactly what a song should sound like if you miss someone; intoxicatingly haunting and spellbindingly engrossing. “Miss You” is a transcendental magnum opus that gets better with time.

Everybody needs a diversion from the banal aspects or harsh realities of daily life. Each one of us longs for a blissful state of mind every once in a while. Through music, that can be realized transiently. With our Top 10 Best Chill Out Songs, we’ll help you get to that special place; where problems are non-existent. It’s a ‘red pill and blue pill’ scenario, I suppose. Sometimes, you have to let go and disappear in order to live. Sometimes, all you need is music. So go ahead, listen away!