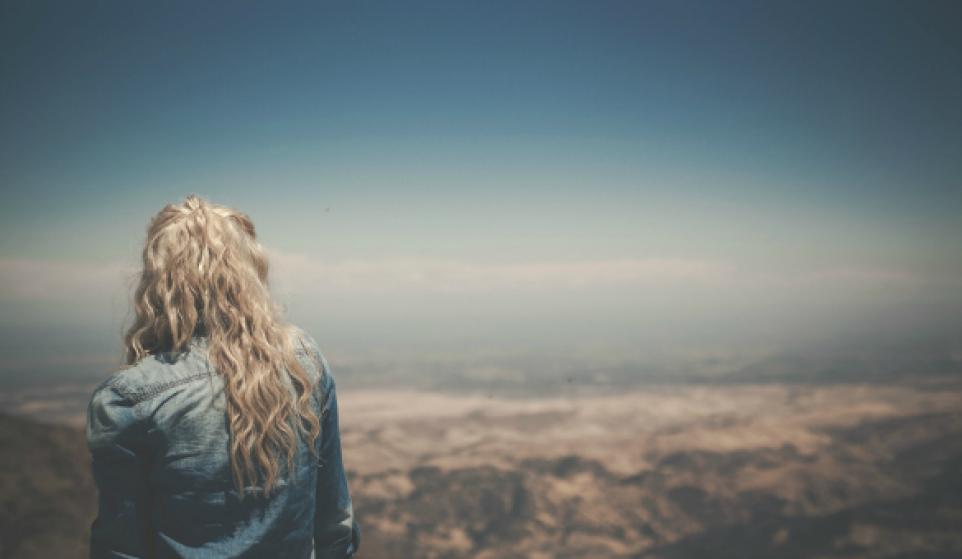 As February comes to a conclusion (where did that month go?), BitCandy is back with yet another edition of Best Chill Songs. It's really starting to feel like spring is upon us, with the sun brightening and the temperature rising with every passing day. Not to mention music seems to be getting better and better as the year progresses. But don't take my word for it. Grab your headphones and hear it for yourself by checking out the latest tracks from Hippie Sabotage, James Blake, Hozier, Phoria, Alex Young and even more.

This is breathtaking. London chanteuse Ella Walker aka WILDES impresses from the off with her debut single “Bare.” This may only be her first offering, but her evocative lyrics, haunting melodies and brooding vocals are already garnering the 19-year-old comparisons to Daughter, Birdy, London Grammar and other British dark pop favorites.

California siblings Hippie Sabotage get in touch with their inner Zen on their latest release. Named after the Buddhist mantra, “Om” is a meditative, spiritual and transcendent piece of music that'll make for perfect listening during your next yoga session, or blunt, or whatever.

Welcome back, James Blake, welcome back. Premièred during his BBC Radio 1 residency, one-off single “Modern Soul” reintroduces the London producer at his very best. Featuring faded piano chords, clattering percussion and, of course, that unmistakable and inimitable croon, everything about this song is gorgeousity made flesh. So about that album of yours, Mr. Blake...

Hozier sheds light on the harsh realities of domestic violence in the harrowing video for “Cherry Wine.” What begins as an everyday love story soon takes a dark turn when the lead actress, Oscar nominee Saoirse Ronan, removes her makeup to reveal a black eye. Originally written from the perspective of an abused male partner, Hozier announced on his website that proceeds from “Cherry Wine” will benefit a series of domestic violence charities worldwide, so get downloading today.

Half-Scottish, half-Sudanese singer-songwriter Eliza Shaddad urges a lover to heed caution on her latest single “Run.” Described by Shaddad as “a resounding warning, given too late,” the song is menacing and dynamic, building to a cathartic cacophony that hears her repeat the line “Run from me far and fast as you can, before I ruin you.”

Dim the lights and get it on this Friday evening to the sounds of Montreal producer Rivver. Featuring the sensuous croons of Reinhard, his latest upload “Finn's Wake” is a deeply textured and sumptuous electro-soul groove that's guaranteed to heat up any bedroom.

PHORIA – SAVING US A RIOT

Brighton five-piece Phoria make an understated return this 2016 with “Saving Us A Riot.” Far from the electronic pop that defined singles such as “Emanate” and “Melatonin,” “Saving Us A Riot” is an acoustic-driven ballad that builds to a devastating orchestral crescendo – one that reminds me of Elliott Smith circa XO (a big compliment).

Music to enrich the soul right here. The centrepiece of Switzerland-raised producer Pablo Nouvelle's latest masterpiece All I Need, “Ave” is a lulling and visceral piano instrumental that sounds as though it was pulled straight from a Michel Gondry movie.

Milk & Bone produced by Deebs? This. Is. Everything. Bringing together Camille Poliquin and Laurence Lafond-Beaulne's crystalline vocals and Will Diebel's eerie trap, “Poison” is nothing short of goosebumps-inducing from beginning to end. Not that I expected anything less from these Canadian BitCandy favorites.

Having tried out everything from rapping to producing, 19-year-old Washington D.C. musician Alex Young lays out his vision for the future on his latest release. The first single to be unveiled from his upcoming debut album Coming Of Age, “Liberation” is a thoughtful and reflective electronic odyssey that samples the philosopher Alan Watts and comes accompanied by this life-affirming nine minute video-come-short film.

Thanks for sticking with me to the end, everyone. Until next week, stay chill. x

“Photo” by Andrew Phillips is licensed under CC0 1.0 (cropped and resized).