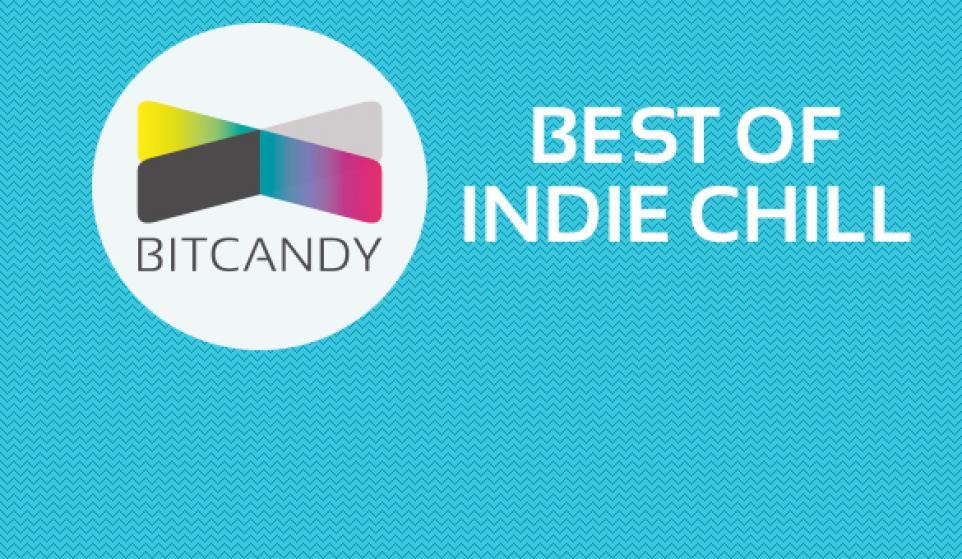 Happy 4th of July, hipsters! I hope you enjoy your cookouts, your fireworks and your hangovers this weekend. On that note, don't drink and cycle this Independence Day. Instead, pass out on some bro's couch to this week's double dose of best chillwave songs (you can find Part 1 here). No seriously, you're going to thank me for this. There's only so many times a hipster can listen to “God Bless the USA” before developing a fever, stomach cramps and diarrhea. On second thoughts, that's probably those gluten-free, soy-free vegan falafel burgers that you ate. Anyways, to the musics. Musics courtesy of Peter Cat Recording Company, Bonobo, SOHN, LUXXURY, Maribou State & Pedestrian, Thomston, Kungs, Anna of the North, Andrei Eremin & Fractures, and Azekel. “BitCandy, fuck yeah. Coming again to save the motherfucking day, yeah.”

New Bonobo! New Bonobo! New Bonobo! Mother of God, this is awesomely groovy. Everyday Bonobo is shufflin'. “Duals” sees the Brighton producer head in a more experimental direction, unfurling intricate and organic beats like some Four Tet deep cut. Brb, I got me some fucking vibing to be doing to Bonobo's new EP, Ten Tigers...

Wild Beasts have such a distinctive and intricate sound, I can imagine their music is incredibly intimating to remix. SOHN takes that shit in his stride, however, going on this delicious version of “Mecca.” Synths move back and forth as percussive beats snap, crackle and pop, providing a luscious bed on which Hayden Thorpe's vocals are able to seductively writhe. Thinking about it, SOHN and Thorpe share a similar falsetto vocal range, which probably explains why the British artists sound so fucking good together. Unf. More please?!

Baron von Luxxury takes his obsession with everything 1980s to another planet with this synthtastic cover of Duran Duran's “Planet Earth.” The Los Angeles producer pays tribute to the British icons for Making Patterns Rhyme: A Tribute to Duran Duran, a covers album benefiting Amnesty International featuring Moby, Little Dragon, Warpaint and many more. This is going to have me dancing for the rest of my fucking life! If only the same could be said about Warpaint's sacrilegious cover of “Chauffeur.”

“Friday Fish Fry” is definitely Kelis' best song since “Milkshake,” but I never thought I'd see the day when it featured in my Chill Out column in deep house form. I have Maribou State and Pedestrian to thank for this sorcery. After an intense, bass-heavy build, Kelis' throaty voice enters drenched in reverb, before being enveloped by the British producers' sumptuous soundscapes. There's a lot of hate in the comments aimed at Kelis, though, with many saying they'd prefer this if it was an instrumental only. Maybe that's Nas trolling everybody, though?!

I tried (and failed!) not to compare Thomston to Lorde when I first introduced you to the 18-year-old from Auckland in Week 23. I hated doing so because, despite what the blogosphere may tell you, music did exist in New Zealand prior to “Royals.” That said, there was no denying Thomston was very much channelling a male version of the holy permed one on “Anaesthetic.” It's cool, then, to hear the teenager ever-so-slightly redefine his sound for the latest single to be released from his second EP, Argonaut. “Caffeine” sees Thomston take a more R&B-influenced direction in the chorus, although his vocals are still acrobatic as ever. I guess he really wasn't kidding that time he proclaimed he was “in this for the long haul.”

Not going to lie, I seriously don't understand the continued relevancy of Paolo Nutini. Dude is suddenly everywhere again. The only song I ever came close to remotely liking by him was “Candy.” Apparently I'd have liked it even more it if was a tropical house banger produced by Kungs, a 17-year-old talent hailing from Toulon in France. I'd also take Jasmine Thompson's beautiful vocals over Paolo's any day. Dude always sounds like he's shit-faced to me. Anyways, that's enough of my vitriol. It's fucking summertime, bitches!

ANNA OF THE NORTH (FEAT. LITTLE DREAMER) – SINCE YOU GOT ON

It has been far too long since I featured some Scandipop in this column. If you can term this Scandipop?! After enchanting us with her massive, Lykke Li-esque debut single, “Sway,” Norwegian chanteuse, Anna of the North, returns this month with a more emotive dirge recorded alongside her good friend, Melbourne's Little Dreamer. Supposedly it's a demo, but the poor quality of the production only adds to the deliciously melancholic vibes of the song. Imagine if Bon Iver's cabin was located in the magical forests of Oslo instead of Northwestern Wisconsin...

Andrei Eremin had, up until this moment, spent much of his music career “behind the scenes,” producing, mixing and mastering for huge Aussie names including Chet Faker, Oscar Key Sung and Rat & Co. The Melbourne producer happily takes full credit, however, for his official debut solo single, “Ghosts.” A haunting (pun absolutely intended!) and highly-textured number informed by both club bangers and more experimental soundscapes, “Ghosts” features another talented Melbournian, Fractures, on vocal duties. Not that Mark Zito for one second tries to steal the limelight from the spine-tingled production skills at play here. “Ghosts” is definitely all about Andrei, right down to the song's final, weezing breath.

I first featured “New Romance” in my Indie column in June. Back then, I asked why Azekel hadn't blown up yet, adding he had the potential to be up there with progressive R&B greats like Frank Ocean and James Blake. The song has since come accompanied by this dope black and white video, so here's hoping it gives Azekel (pronounced “Ay-ze-ke-l”) a much-deserved leg up in the blogosphere. I don't care what you say, everybody needs that voice in their life. Btw, can we have more horns in contemporary music please?!

Peace out, hipsters! I got me some July 4th to be celebrating.