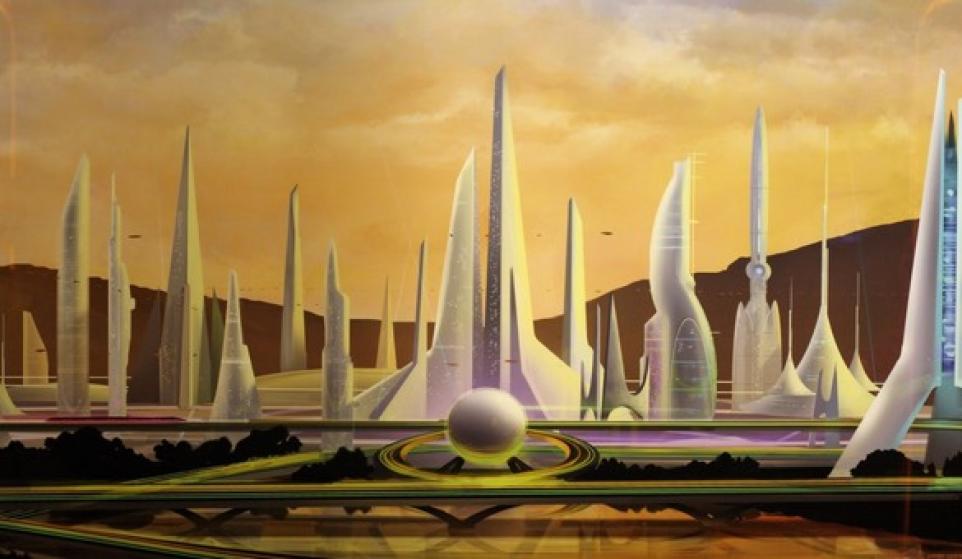 Apologies for this being late, loyal readers. I just moved from Los Angeles to Denver, and I will no longer be reporting from the festival and nightclub capital of America, but from a place with a burgeoning music scene and opportunity for dreams to exist. But enough about me, you guys aren’t here to hear about that. You’re here to hear about the hottest hottness in music right now.  Well it’s cold as fuck here in Denver, but that doesn’t matter— music melts snow just like Superman’s eyes and jet fuel melts steel beams. Good thing we’re internet friends and not real life friends, huh?

Let’s listen to some tunes, huh? How about that hotness I promised? Here’s some and then some. Heat from SOPHIE, Troyboi, Oliver and Autograf!!!!!!

What magic strangeness has Sophie been cooking up in the laboratory recently? Vyzee is the bounciest, heaviest, freakiest tunes we’ve heard from the king? queen? of weird bubble bounce in a while. I guess we’re all just gonna have to go crazy in the pop. This is the future, we’re just living in it right now, or some shit.

While I hate on trap the same way born again Christian fundamentalists hate on sodomy, we both gotta admit that when it’s good, it’s GOOD. Jesus Christ, what a fucking metaphor. Troyboi getting wonky with it and I wouldn’t want this beautiful trap bass any other goddamn way. [I’m gonna get so smote for this post.]

Funky G-House beats with sick Biggie Samples. I mean duh, that’s like combining good and and good with good and good. Can’t hate on the master, just glad Malaa doesn’t come at the man with a whack ass beat. This is proper production for big papa.

I’ve had consistent love for Dirty South’s warm cheesy progressive house since 2011 and I’m always very pleased when I find out that I’m not so deeply jaded that I can’t enjoy beautiful soaring vocals over well produced main stage house still. Always keep doing you, boo.

Why aren’t Oliver THE biggest names in dance music? They turn Borns into the 80’s dance groove this side of the fucking Drive soundtrack. This is masterful work and deserves at least a Grammy, at most 72 virgins.

At least there’s money behind these fools to make big beautiful sci-fi music videos that probably cost more money than some episodes of my favorite tv shows. Also at least Nervo have nice voices and beautiful faces. At least it’s almost 2016 and we won’t be talking about any of these artists soon enough. Can’t the future come soon enough? Apparently they dream for it too. I mean, look at this video.

ASHANTI - ONLY U (OBLEVIUN REMIX)

I mean first of all, ALWAYS Ashanti. Girl got more voice than every person who has ever been on the Voice, COMBINED. Couple that with some deep dark electro techno from Obleviun (NEW TO ME!) and we’ve got QUITE the lethal combination. Keeper on all fronts.

Not much comes out on Mau5trap, but every time something does it’s time to pay serious fucking attention. Deadmau5 finds more quality names than the name factory (what?) and this ATTLAS EP shows all the promise of one of the baby mice. Thick dark and heavy shit. Darker than the Mau5 gets, but not as grinding heavy. The vocal samples and audio clips make this track all the crazier. What is going on here? Is ATTLAS the most inventive dude in dance right now? Or is Overture just a combination of all the tracks on his EP ala a Broadway musical. Either way, I'm in love with what's being sold here. 500,000 please.

Autograf, Autograf, Autograf. Keep doing everything EXACTLY fucking right, okay? Whether it's CRUSHING the entire genre of Tropical House or remixing classic tunes like Faithless' "Drifting Away" into a bass-house banger, you're basically untouchable. Genre-hopping,  attention-grabbing, spit-swapping, y'all can do it ALLLLLLL.  <3 <3 <3

Heavy bass music from some dudes who love to make heavy bass music, and know how to make it well. I don't know how to party this hard anymore because I'm pushing 30, but you aren't and these picks are just as much for you as they are for me. That doesn't mean I can't smell a huge tune when it wafts in front of my nose. Massive bass tune. Enjoy bass heads. Bass heads of the world, unite.

“Future City" by Sam Howzit is licensed under CC BY 2.0.