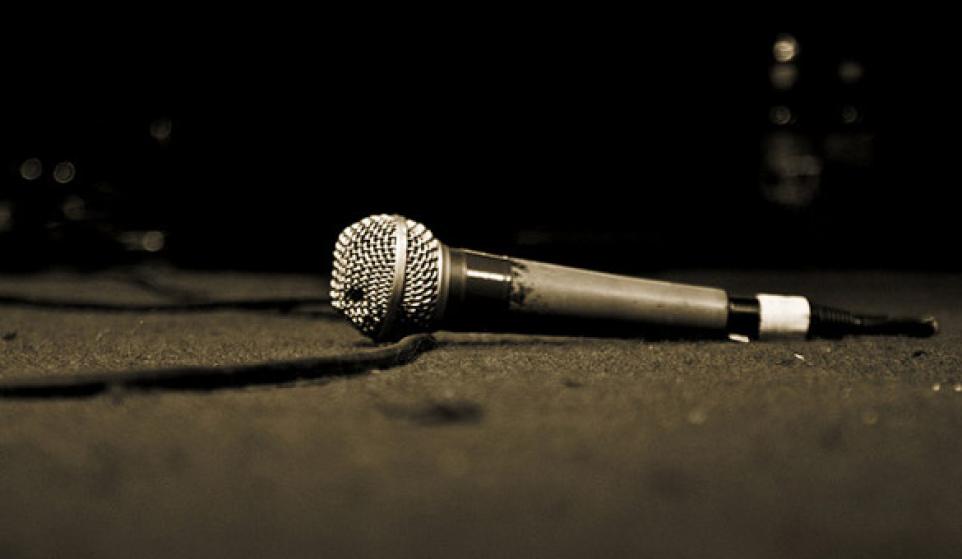 We are who we pretend to be, and sometimes it's fun to pretend to be someone else, use their words as our own, try on their clothes, etc. That's basically the mindset behind every cover song, one artist trying out another's work, making it a part of their own. It's a wonderful thing about the music community.

Alice Fox and Jack St. James take TV On The Radio's "Will Do" and turn it into a playground of their own. Highlighting the lyrical depth of the song, the London duo turns the song into a light-hearted dance gem. If you're not completely trancing out to the bass, hone in on Ms. Fox's haunting yet soothing vocals.

You can pick up a free copy of this cover on Avec Sans Facebook Page.

If you're late to the game on the mysterious and reclusive ZHU, don't worry about it. In fact, the producer himself is completely ok with that, as he recently told Pigeons & Planes, "As a society, we become more attached to the creator than to the creation. Music is faceless. My music is for a new generation."

Let's assume the same goes for is covers. ZHU trades out CHVRCHES trademark synths for his own brand of blurry vocals and low-bass. The result is as infectious as the Los Angeles native's original tunes, "Faded" and Superfriends."

Another CHVRCHES cover -- it's almost like those guy made one of the best albums of this young decade. Anyways, the 5-some from Nashville takes their soaring number, "The Mother We Share," and make it a quieter, warmer affair. Given the lyrical content involved, it's amazing how comforting the growling vocals of Keegan DeWitt are here.

As one of the biggest, and perhaps best, pop songs of 2014, Kiesza's "Hideaway" is a triumph number destined to get your hips shaking. Ben Howard's cover of the song is another matter entirely. Howard strips away all the pomp and danceability, and replaces it with minimalist melancholy. The end result is lovely and adds another intriguing layer to this smash hit.

5) KIESZA "WHAT IS LOVE (HADDAWAY COVER)"

Vance Joy's "Riptide" is the song of the summer for every fixed-speed cyclist you know. It's a kickass jam. Los Angeles quartet DWNTWN is basically an electro-folk group, so their synth-pop take on this song makes sense. If you're growing tired of the original version of this song, this one is a great change of pace.

It's easy to forget that Cyndi lauper had other songs besides "Girls Just Want To Have Fun," even though "Time After Time" is a sentimental classic and has been covered by countless artists. Glasgow trio Prides are the most recent to try and they offer a relatively straight forward take on the song to highlight the band's strengths. The harmonies are lush and plentiful and guaranteed to lift your spirits.

You have to be practicing a very specific type of ignorance to deny the pop greatness of Miley Cyrus's "Wrekcing Ball." And even if you don't care for the original, you'd have to be an even bigger idiot not to love Kyla La Grange's haunting and ethereal cover of it.

I've been all about Ernest Ng since I first heard the stunning bit of bedroom pop that is "Entrance." His cover of the folk classic, "Ain't No Sunshine," is beautiful and heartbreaking. His voice is glowing and pure and accompanied by some rhythmic guitar work. Great combo, great cover.

Last but not least, we have Brooklyn duo Stranger Cat covering Sia's "Chandelier." Cat Martino and Sven Britt decided to to turn this number into a emotive piano ballad as a promotional stunt for their incredibly enjoyable Pledge Music campaign which just wrapped up. This cover was just one of may impressive efforts Stranger Cat put forth in an attempt to pay for the production and release of their upcoming album that they've been working on for two years.

Hopefully it'll have some more covers on it.