BEST NEW COVERS: FLORENCE + THE MACHINE "WHERE ARE Ü NOW” 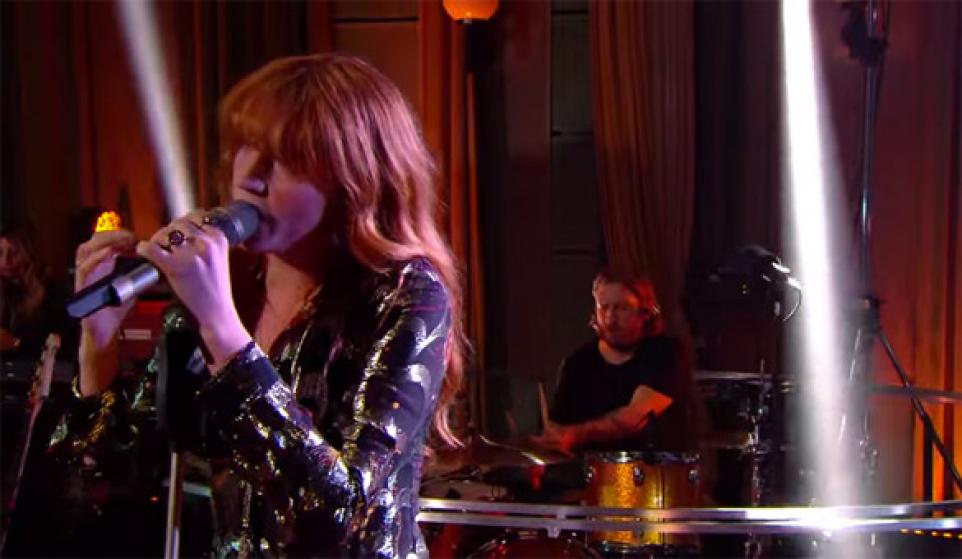 Florence Welch follows the logic that if you’re gonna bother to cover a song, you may as well put your own stamp on it. During a recent BBC session, the English songstress and her band defiantly leave their mark on the mammoth hit, “Where Are Ü Now.”

Unlike the Skrillex and Diplo (Jack Ü) version, Florence + The Machine’s take on "Where Are Ü Now” is a haunting affair. That unforgettable hook, the centerpiece of the song, is rendered to the background, played by a heavily-reverebed guitar. Welch’s vocals instead take center stage, and her voice seems to unlock a level of mournful longing in the lyrics that the Beebs never touches. Or maybe that’s just me. Listen below and decide for yourself.

FLORENCE + THE MACHINE "WHERE ARE Ü NOW”

Normally around these parts we’d play you the original version of the song for comparisons sake. But if you’ve left your house in the past five months you’ve heard the Bieber-fronted version of "Where Are Ü Now,” which is still great in spite of its ubiquity. The point is, you know what it sounds like and don’t need us to remind you.

And in case we’ve misread you entirely and you’ve somehow managed to never hear this cut in its original form, I’ll direct you to Youtube or Google. You’re welcome.