I've been with Dillon Francis since day one. I saw him cry at his Hard Summer set, so proud at how far he’d come. I was crying too, my friends and I all screaming “you’re my boy blue,” straight out of Old School like the two were somehow related. But really, I’d been around for even longer than that. I first saw the LA native drop “IDGAFOS” at one of the last legendary Dim Mak parties at cinespace when all he had was Moombahton to play. Hell, I was there when he was this size font at the Coachella poster: 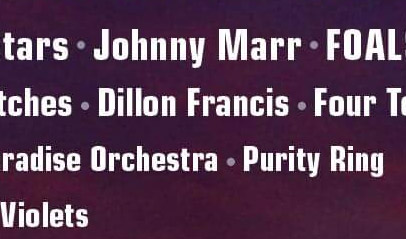 As a fresh-faced raver, Dillon Francis was my king. He, himself, a baby producer, had become a superstar seemingly in the blink of an eye. And then came the Snapchat, the semi-professional gaming, the bits that seemed overdone and played out, and the sets that all started to sound a bit alike. I got bored. I got bored because it seemed like he got bored. So, I stopped paying attention to an artist who I once proudly considered my favorite. Had I grown up? Or had he not? Was that my fault, or his?

And then, lo and behold, Francis disappears off into the studio and quietly produces one of the most interesting albums of post-EDM time. Wut Wut, Francis’ second studio album is rife with latin vocalist collaborations that hark back to his early productions and ended up earning him a Latin Grammy nomination. The Moombah King was back ready to return to his throne.

Six months later, it’s nice to see Francis not resting back on his laurels. Far from it in, in fact. “Fix Me” has Francis teaming up with the Chicano mumble crooner Cuco, an LA icon in his own right. This sound is a departure for both artists, with Cuco’s usual lo-fi bedroom sound getting a major overhaul from a relatively restrained production by Francis standards. Yet, these two artists, both notorious for wearing their heart on their sleeves, lose nothing in the process.  This is what collaboration is all about. Two artists finding their similarities and making magic out of that. Can’t we all just get along? Maybe all it takes is the same hometown and musical roots.

Sure, the beat is chill, but Cuco fans wouldn’t want it any other way. Francis fans on the other hand need a tune that still bangs a bit during its play as the emotional break in an otherwise hype set. This is middle-ground perfected.

Cuco’s heading out on a mini California tour in February and Dillon Francis is a way larger font at Coachella 2019 lineup. You’re my boy, blue!