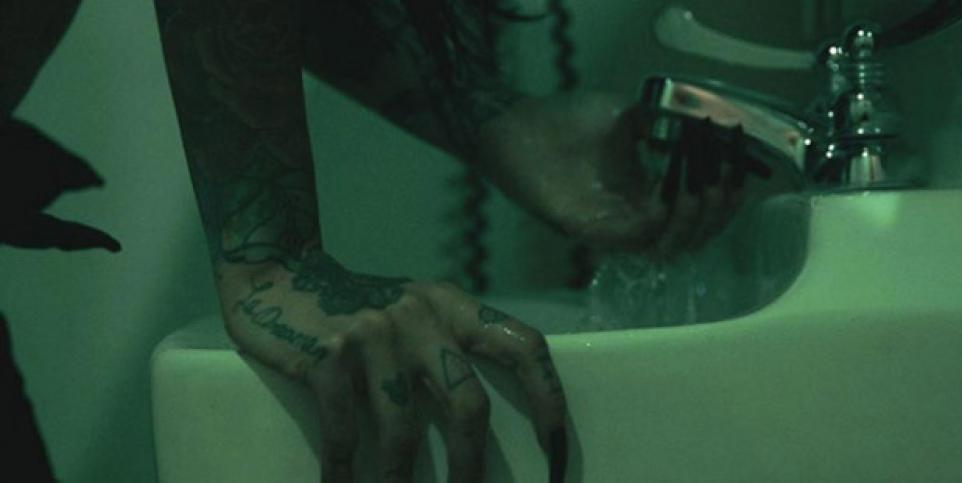 Break-ups are never easy. Or straightforward. Disentangling your life from someone is a rollercoaster of emotions, causing a breakneck whiplash of anger, regret, grief, and loss. One minute, you hate their guts. The next, you're texting them in the middle of the night, trying to keep the thread alive.

Rising R&B star Kehlani announced a very public, high-profile breakup with rapper YG towards the end of last year. Kehlani's been slowly but steadily processing this breakup throughout 2020. First, she released a lovey collaboration with YG on Valentine's Day, called "Konklusions." A few days later, she was singing and rapping a very different tune on "Valentine's Day (Shameful)," a truly scathing, burning condemnation, one of the most brutal breakup songs this side of Bob Dylan's "Positively 4th Street."

Kehlani continues to process in real-time and in public with "Toxic." She seems to have passed beyond the Anger stage of the 7 Stages of Grief and is now experiencing a wider range of emotions. It makes "Toxic" compelling listening, as well as one of Kehlani's strongest singles to date. The vocabulary of Post-Dubstep music, of which alt-R&B is one tributary, is well-suited for themes of heartbreak, isolation, and alienation. Think the nocturnal heartbroken existentialism of James Blake with the Night Bus loneliness of Burial. It makes for a bittersweet underpinning for Kehlani's nuanced take on both loss and longing.

The break may have been inspired by the birth of Kehlani's daughter towards the end of 2019. With a fresh, innocent new life to protect and provide for, Kehlani may be finding herself less willing to put up with BS from players, even if they're famous rappers. Kehlani's been moving in that direction more and more since her debut album SweetSexySavage, learning to advocate for herself and find healthy, balanced love and relationships. Which is never easy.

Breakups are never easy. They do, however, make for compelling listening. We Are: The Guard commend Kehlani both for respecting herself and getting away from an unhealthy relationship, prioritizing herself and her new baby, as well as for the excellent music that's been coming from it.