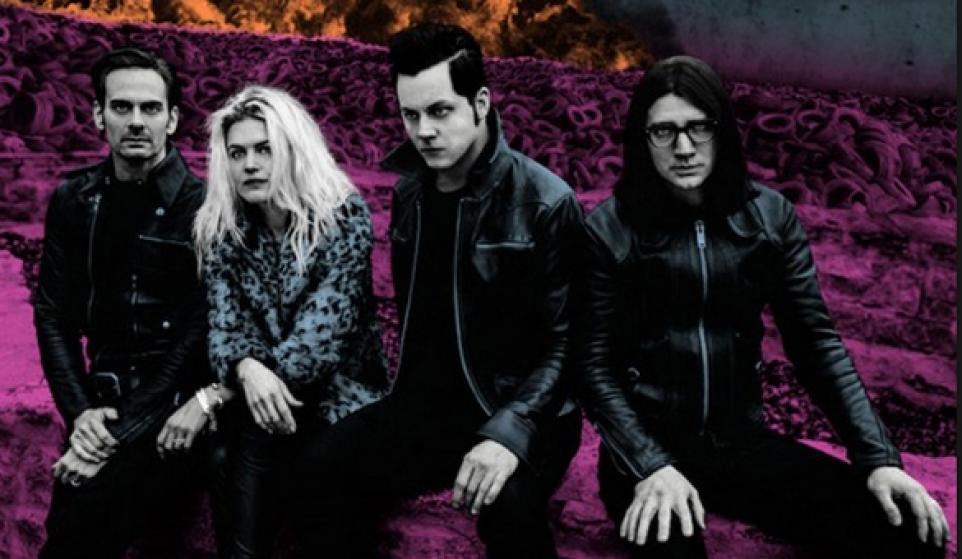 Y’all remember The Dead Weather, right? It was that supergroup Jack White created because he wanted to play drums in a band and hit on that stone fox Alison Mosshart. Well even if you don’t remember them, they’ve got a new LP coming out, Dodge and Burn, and a new single + video to go along with it.

“I Feel Love (Every Million Miles)” premiered on Tidal, because of course it did. It’s got the sort of kickass riff you’d expect from a Jack White song, even if he’s only behind the kit for this one. But what really makes this song go is Mosshart’s booming rock vocals. Channeling her inner Ann Wilson and Patti Smith, Mosshart dominates this song and video.

As for the video, it reminds me of a day when I was living in Chicago and going to see Badly Drawn Boy at Park West. There were 70 mph winds that day and it was like being in a real life cartoon walking to the show. My clothing was pinned back, genuinely hard to move forward. This video is a lot like that and appears to have a budget of $100. Or maybe a little more given the fact that some hangwires were used.

Anyhow, watch it below. Or just push play, open some other tab, and just listen. The song is all you need anyway.

THE DEAD WEATHER “I FEEL LOVE (EVERY MILLION MILES)”

Dodge and Burn is out September 25th via White’s Third Man Records. Pre-orders are being taken now at the TMR online store and iTunes.

Lastly, let’s all have a laugh at this picture of the band in which everyone is wearing sunglasses except Mr. White. Would have loved to be a fly on the wall when Jack explained why his eyes must always be uncovered in pictures. 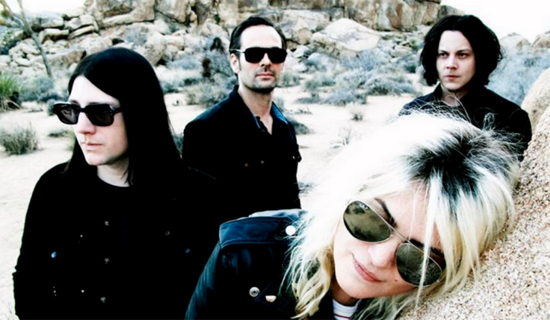