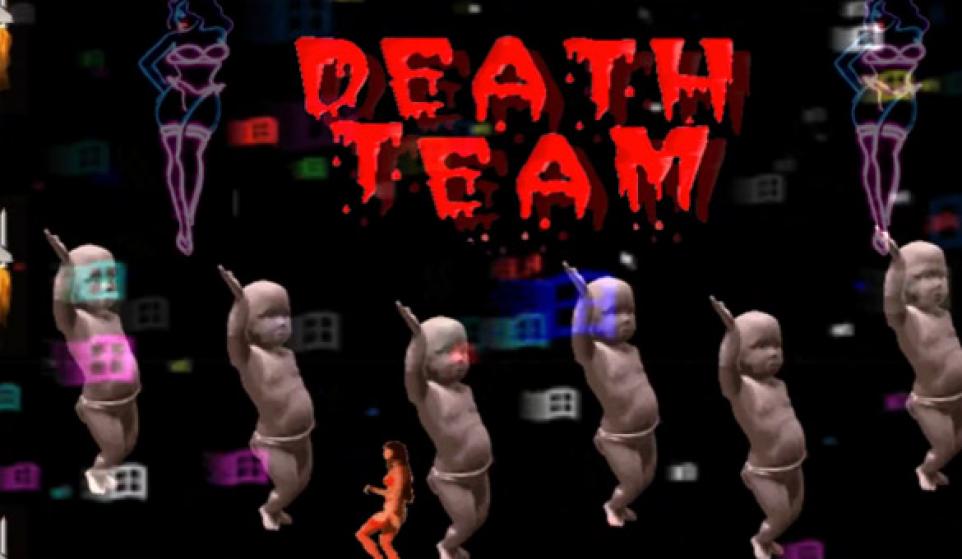 Sweedish indie pop duo Maja Edelbring and Johen Rafael Tilli, a.k.a. Death Team, only have five songs to their name, but each one has been a motherf**king event. Their latest new jam, “Gold,” is no exception. And while it may not have created a new awareness day like “Dolphin Style,” that’s only because gold isn’t dolphins.

Mixing together Eurohouse tones with traditional and alternative pop melodies, while adding a hint of twee to the proceedings, Death Team is clearly ironically named. Or maybe death has a totally different connotation in Sweden than it does in the rest of the world. Who’s to say?

What you can clearly say, is that the band is heavily influenced by 90’s culture, especially the hiphop and pop music from that decade. The video for “Gold,” which they directed themselves, is further proof. They had this to say to a French blog about their latest visual offering:

“In the video, we try to recreate what it was like to surf the internet at the end of naive 90s.The video contains lots of dancing babies, GIF animations, Desktop Strippers, Windows Screensaver and dollar sign in gold and some contemporary references such as pictures of Kanye West.”

The low-budget cornball-ness of this all has won over my heart. It helps that the song kicks.