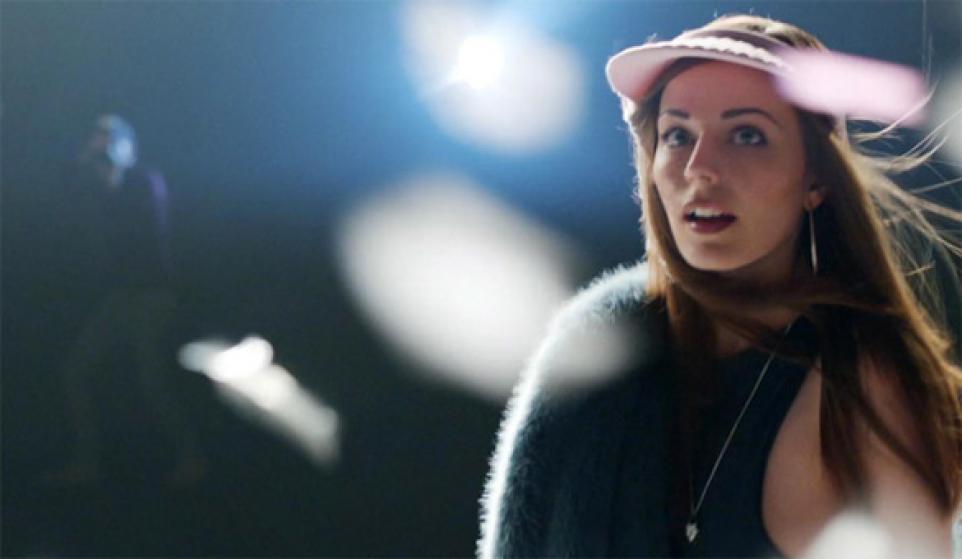 Surprisingly it took this long for someone to finally write a Tinder-anthem. Unsurprisingly, it was an artist associated with PC Music. Hannah Diamond’s “Hi” is the soundtrack your right-and-left swipes have been waiting for.

The biggest star on a label of rising stars, Diamond pens what is her best cut to date. It helps that, by PC Music standards, it’s an understated track. The godfather of the label himself, A.G. Cook was behind the boards for this song. A clear rival to Adele for best 2015 song named after a greeting, “Hi” also feels more instep with the zeitgeist, as Diamond herself explains:

“The song is the story of an online relationship, not with one specific person, but with all the people you interact with, and how it can often feel really isolating in online spaces despite being constantly surrounded by others.”

She accompanied this release with a video that smartly plays up these themes. It starts with Diamond, alone in her bedroom, lounging. The scene then drastically changes, to resemble a fashion shoot. A sentiment begetters of online relationship can surely relate to. The whole thing is dreamy, hazy bit that you can watch below:

As we all eagerly await Diamond’s debut full-length, new music like “Hi” only further wets the appetite. If you guys could get that done sooner than later, that'd be great.