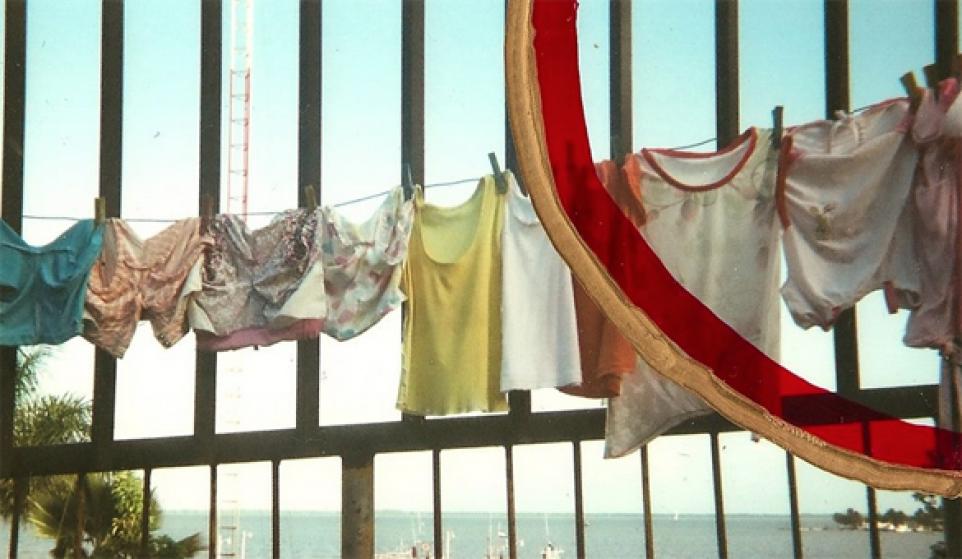 At the top of the month we introduced you to Lewis Del Mar, a Brooklyn duo who emerged from the mist fully-formed, with their ready-made debut single, “Loud(y)”. Today the boys are back with another dynamite track before they even have a proper bio.

It seems weird listening to a song called “Memories” when you don’t even have a a clue as to what either member of the band in question looks like, but ultimately it’s not real different than listening to any band’s song about memories. “Memories” follows a very similar template as “Loud(y)”, meeting at the cross roads of alternative folk and experimental pop. It doesn’t have the same instant hook of ‘sit the fuck down,’ but there’s something about the methodical percussions and groove of this song that has me continuing to listen to it. Maybe it's the dark, sexual overtones of the whole thing.

We still don’t know anything about LDM, as someone is going to inevitably call them. They allegedly live in the Rockaway Beach area, so our NY hipsters out there need to keep a lookout for us.

One thing we do know for sure, is their “Memories” are way better than the Weezer cut of the same name. Anywho, you can partake in some authentic Lewis Del Mar memories by going to their first show at Mercury Lounge in New York City on September 23. One day soon there’s gonna be a lot of people who claim they went to that show but actually did.