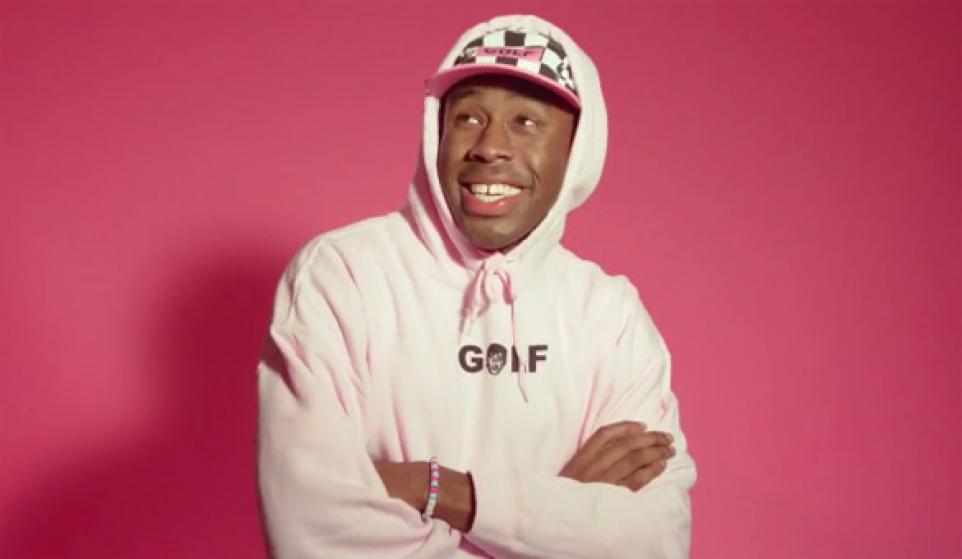 Sometimes you get 'em wrong. In my write up of the video for “F**king Young,” I talked about how the song’s script is completely flipped in the last minute and a half. The reason for that, as I now know, is because it’s an entirely different f**king song!!! Please consider this our retraction.

Any who, my favorite part of the “F**king Young” video was that final 90 seconds, which is actually the song “DEATHCAMP,” also off Tyler’s new album, Cherry Bomb, which I can only assume was named after the Spoon song. As the opener on his latest LP, “DEATHCAMP” sets to tone for the entire album. Tyler is completely in his element here, sounding angry, hilarious, and deviantly taking on all comers while being as offensive as possible. “I’m going harder than coming out the closet to conservative Christian fathers,” is on the short list for line of the year.

Listen to what else he snarls over what is essentially a nu metal beat:

Cherry Bomb is out now, and while it’s not To Pimp A Butterfly, at the very least it keeps pace with fellow Odd Future member Earl Sweatshirt’s I Don’t Like Shit, I Don’t Go Outside. Although to be fair, Earl has a better album title.

In parting, here are the lyrics to Tyler, The Creator “Deathcamp”:

um, excuse me mister but can you please turn down the lights
i don't really like all these cameras, man
and this shit just don't feel right
and i don't really wanna be rude to you, sir
but fuck you mean i can't wear my hat in here?
and you got me fucked up, if you think i care, nigga

i hope you little niggas is listening
them golf boys is in this bitch like an infant
the blind niggas used to make fun of my vision
and now i pay a mortage and they stuck with tuition
so special the teacher asked if i was autistic
and now i'm making plates, you just washing the dishes
so if you don't mind, get the fuck out of my kitchen
but keep your ego here so i can butt fuck your opinion
but in the meantime brainwashing millions of minions
leader of the new school (ha i'm in my own school)
and you will never catch me in none of their fucking shin-digs
i hope you fucking niggas is angry, pissed, and offended
in search of... did more for me than illmatic
that's when i realized we ain't cut from the same fabric
i made my own shit, you went out and bought yours
man i got too much drive, motherfucker, i hate traffic
la-di-da-di, i'm going harder than coming out the closet to conservative christian fathers
when it's a lot at stake carne asada let's be honest, i'm really morphing
named the album cherry bomb because greatest hits sounded boring

i don't like to follow the rules, she said that i must
i don't have any armpits
she wanted to talk who's in charge of this golf shit
i said "howdy do? how are you? i'm the sergeant"
and who i are isn't really important
my heart is as dark as a window with car tint
so hop in with your friends, gal and i'll unpark it
and i'll do donuts until the fat one is carsick
it's young t

better pose for that camera
better pose, boy you better pose
and it's your life nigga i suppose
for the lights, for the camera, and the action