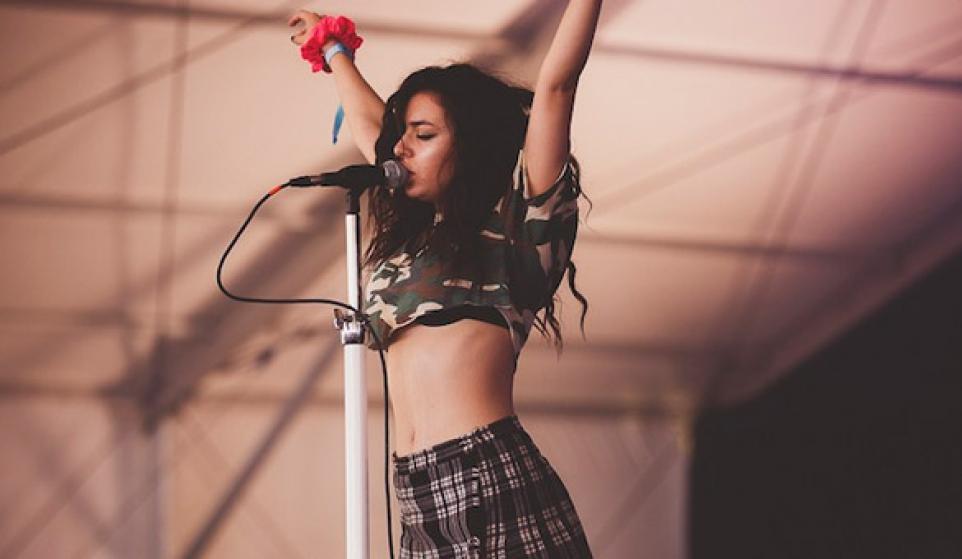 By any objective measure, Charli XCX has been #crushingit this year, and that was all well established fact before she released her latest cool new song, "Break The Rules."

Rather than rest on the laurels of last year's underrated True Romance, which regrettably was not a concept album based off the Tarantino film, Charli has been setting the world ablaze in 2014. You can hear her singing the hook on the song of the summer, or approaching pop perfection on "Boom Clap," the first single off of Sucker, this year's forthcoming follow-up to True Romance. "Break The Rules" is every bit as infectious as "Fancy," "Boom Clap," "What I Like," "I Love It," and probably at least a half dozen other songs with Charli XCX, but it has a decidedly punk edge to it. Like her cover of "Allergic To Love," this cut is all about attitude, only Charli's pop sensibilities are so on point she can't help but make the song accessible to everyone. And as children the world round begin to return to the purgatory of institutionalized education, a chorus of, "I don't want to go to school, I just want to break the rules" should resonate with something inside you. I mean, when don't you want to hear the latest teen rebel anthem?

If that doesn't convince you to listen to this song, here's our Fearless-Leader/Editor Glitch's take on it:

"Great pop tune from the new alt-pop princess with the best boobs in the business."

Not to be melodramatic, but if that doesn't make it on Sucker's Press Release, why do we even have a website?

Sucker is out October 21st via Asylum Records UK. Pre-orders are currently being taken by that company that has more cash on hand than the US Government.

Thanks for stopping by Bitcandy, where we only went to school to break the rules.