I was unfamiliar with the practice of Woodcutting before I heard the standout track from Australian Deep House/Dance DJ Golden Features (real name: Tom Stell) latest album SECT. Featuring a stunning vocal performance by fellow Aussie Rromarin, “Woodcut” is a hypnotic, sexy, and highly infectious song about the lasting impression lovers make on our lives.

According to the Britanica, woodcut is a “technique of printing designs from planks of wood incised parallel to the vertical axis of the wood’s grain. It is one of the oldest methods of making prints from a relief surface.”  Dating back to 5th Century China and 14th century Europe, this ancient art form was quite popular and widely used among laymen but rarely by the biggest artists of the day. It was eventually replaced by wood engraving. How the two differ remains a mystery to me. 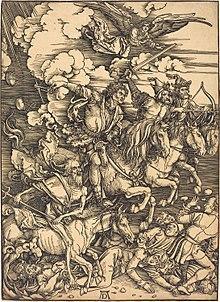 More stripped down and intimate than any other track on the record, “Woodcut” leaves a lasting impression (sorry) on the listener thanks to a perfect blend of emotional resonance and sonic wizardry. Golden Features shows here that he would have been just fine making pop music, as this song is flawless indie gem that exists in an eternally nocturnal dream world.

The better half of Kult Kyss, Rromarin does the heavy emotional lifting on this track and Snell does his part by accenting her stunning voice with a soundscape that lets her take center stage. The way she says “I've been passing noughts for the longest time” will be playing on loop in my head the rest of the summer.

SECT is now streaming in all the usual places. It’s worth a listen to in its entirety. There’s a reason this guy has worked with Australia’s best and brightest artists. Likewise, if you enjoy good music Rromarin’s solo and group work are also worth your time. Australia is home to some of the most innovative, creative, and just damned catchy music being made right now. These two are a prime example of that and future collabs are a most.

Golden Features is touring down under this month. Full dates and venues can be found below.