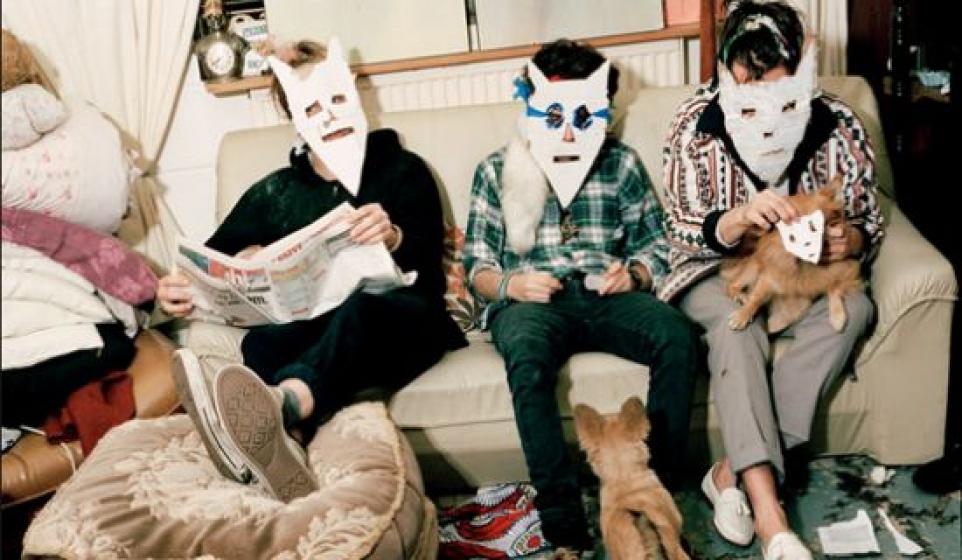 London-dwelling electro rockers Is Tropical first made rumblings with their off-beat debut single, "When O' When" and equally quirky full-length, Native To. They finally got around to releasing a follow up this year, the as-of-writing underrated I'm Leaving, which features best new track, "Dancing Anymore."

"Dancing Anymore" starts out as straight surf rock, but the song is essentially a sonic roller coaster. The track takes some unexpected, though not unwelcome, dips and divergences, but it never strays from its pop core. It's one of those rare tracks that manages to be both catchy and eccentric.

Listen to Is Tropical "Dancing Anymore" below:

"I'm Leaving" is out now via Kitesune. You can pick it up here.

If you're interested in seeing some gratuitous CGI-nudity, check out the the masturbaturially-themed video for Is Tropical "Dancing Anymore" here.

Thanks for stopping by Bitcandy, where we 'don't take me dancing anymore' because we'd rather stay in and have an impromptu dance party at home with our free online radio.