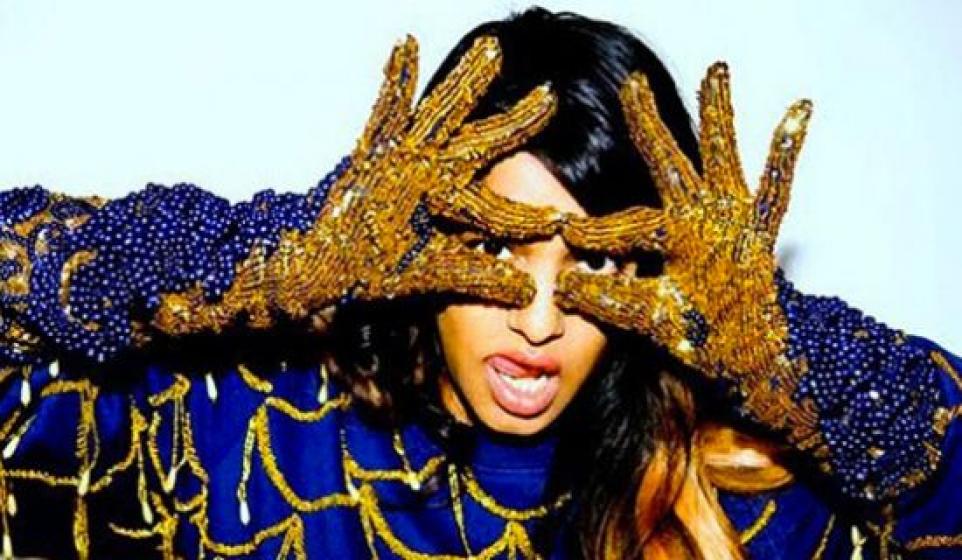 M.I.A. is currently engulfed in a becoming-more-public-by-the-day feud with her label Interscope over her fourth studio album, Matangi, which is shocking because normally she's so well-behaved and soft-spoken. Regardless of what controversy is presently or future-ly brewing with M.I.A., the first track she's released off Matangi, "Bring The Noize," is a surefire best new track.

"Bring The Noize" is classic M.I.A.; there's the sprawling, anxious beat, Maya's hyperactive flow, a political message, inevitably they'll be a great video, and of course, the aforementioned controversy.

We'll touch on that a little more in a second, but first have a listen to MIA "Bring The Noize":

So yeah, the songs great. Now back to that controversy.

Matangi was originally slated to come out this April, but was rejected, allegedly for being "too positive." I'm assuming that news leak is sarcasm, because this is M.I.A. we're talking about after all. Maya released "Bring The Noize" on Zane Lowe's BBC 1 radio show. She told Lowe that she keeps on trying to hand in her album, but it keeps getting rejected. However, a released date has been set for this fall, so stay tuned.

Whether or not Matangi ever comes out, at least we have "Bring The Noize," one of the best indie songs of the year (thus far).