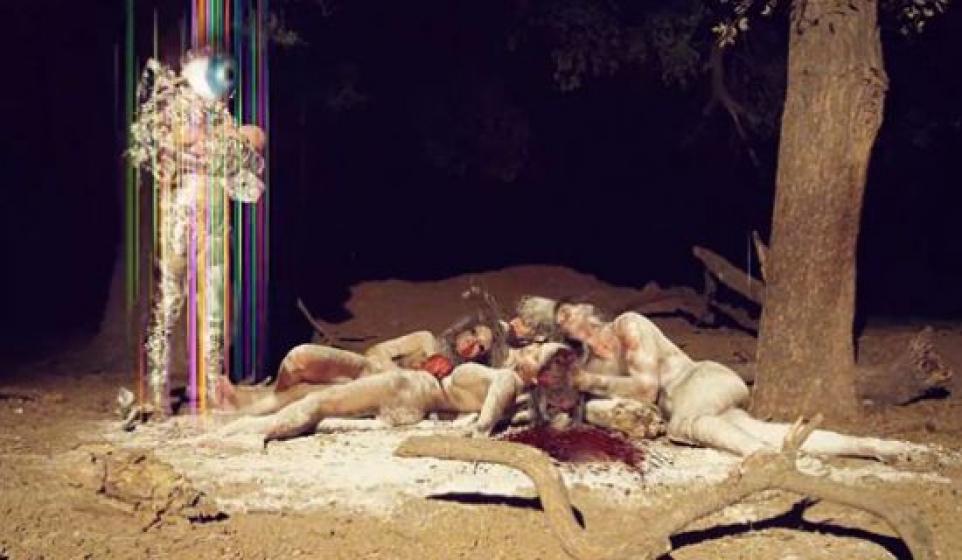 Leave it to the The Flaming Lips. While many bands may put out a video from a previous album to hype an upcoming release, I feel certain that none have done it quite like Wayne Coyne and the gang have in today's best new video.

Apparently the Lips thought the best way to promote their upcoming album, The Terror, out April 16th, was to release a video/nightmare fuel for "Ashes in the Air," their collab with Bon Iver off of The Flaming Lips And Heady Fwends.

I have several theories as to what this is*, but Occam's razor I think they just wanted to win April Fool's Day.

I mean honestly, the fuck was that? I don't know whether to be horrified or turned on. (That's a joke, you guys. OBVIOUSLY I'm not scared by this video.)

Whatever this is, I'm certain of two things: 1) I will not be able to unsee that. And 2) It was mesmerizing.

As weird as this is, I can't stop watching this. I've already gone through it at least six times. Let us know what you thought of the video of The Flaming Lips & Bon Iver "Ashes in the Air" in the comments.

* The main one is that this band stopped caring after making "Do You Realize?" and now just want to see what they can get away with.