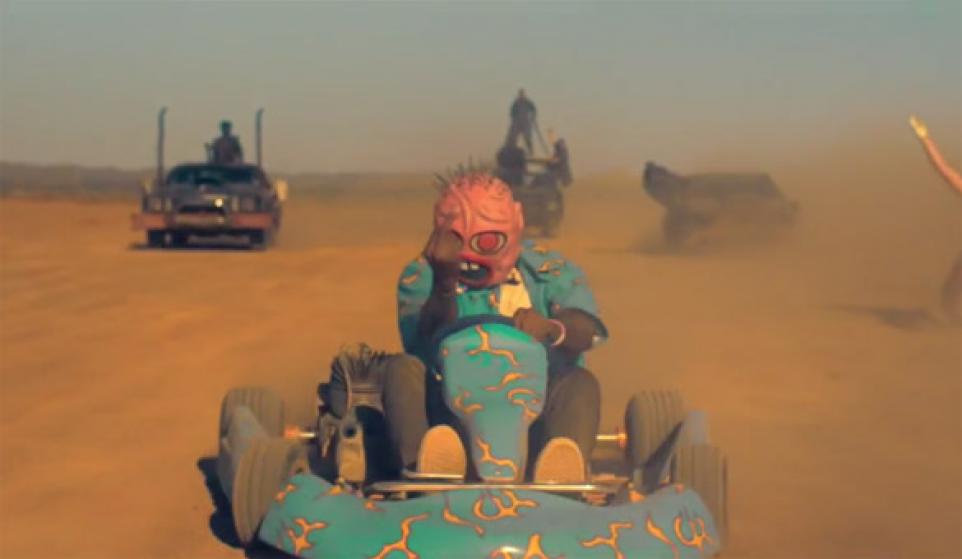 Anticipation is the cousin of waiting, and we hate to f**king wait in this society. Musicians have caught on to this and it seems like the pre-album release press cycle is a thing of the past.

For instance, Tyler, The Creator just announced a new album that comes out in less than a week, and he has an incredible new video to go along with the lead single, “F**king Young.” In the past, news of his new album, Cherry Bomb, would have been leaked to the right people in the media about six months ago. Four months ago “F**king Young” would have been released as a single, followed by a video a few weeks later. Then we’d get another single or two a few weeks before the LP actually dropped.

The times they are a changing.

Tyler directed the video for “F**king Young” under his Wolf Haley nom de plume. It’s actually a pretty straight forward affair, at least for the first four and a half minutes. This is when we see Tyler fall in love with a girl who is, you guessed it, too young for him.

“Girl you’re perfect, but you’re too f**king young. And when temptation calls I never pick up,” is the memorable hook on this jam. We watch the pseudo-couple’s relationship unfold on a movie screen. Tyler happens to be in the theatre watching this same video. Shit is very meta. Then in the final 3rd of the music video, Tyler gets kicked out of the theatre and the song takes a dramatic turn.

The final 90 seconds or so if this track is Tyler sounding humorously angry as a metal riff takes over for the previously dreamy beat. He and some other goons from Odd Future drop a Cherry Bomb on the theatre before speeding off into the desert in some Twisted Metal-inspired rigs, all the while Tyler’s gravely yell reminds people that few sound better when pissed off than this dude.

Watch all this take place in a tidy 6 minutes and 29 seconds below. It’s well worth it.

Cherry Bomb is out April 13th.

Thanks for stopping by Bitcandy, where we only answer if it’s temptation calling. Otherwise we let it go to voicemail.