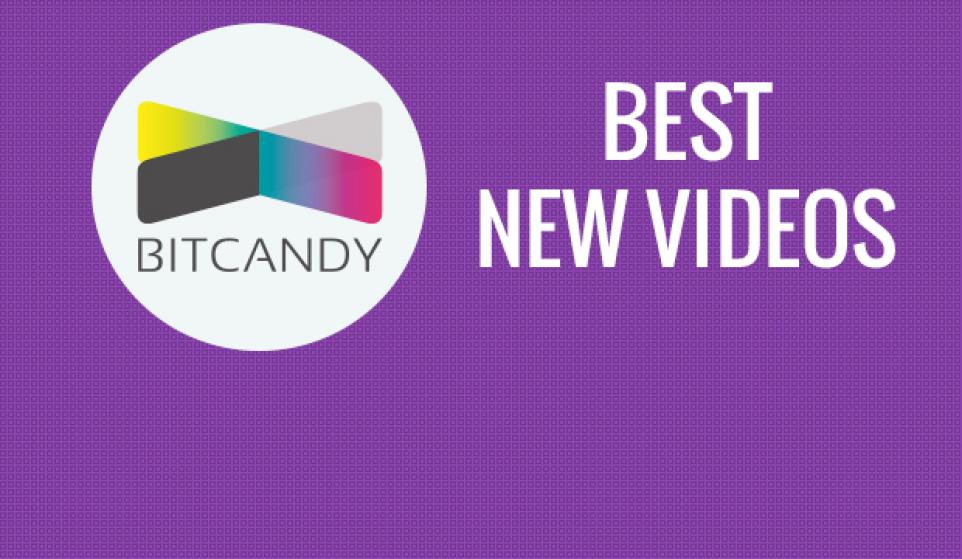 Space, the best video of the week frontier. Despite Floyd's pod people pudding political statement and Tyler, In The Cupboard, which might have as well been conceived in space if you know what we're - puff, puff, pass - saying, cosmic lands, our dear BitCandy MoonPies, are where the sound and vision magic is happening. Fasten those neon seat-belts and strike a stardust pose, as we light-speed groove into week the fourteenth.

Oh 80s, when will you cease to entertain us? Maybe one day, we'll just call the entire decade 'Ziggy Stardust' and give credit where Bowie is due. Until then, Oliver have decreed that the peoples shall move their bodies. And move your bodies you shall, complete with the most phantasmal glamour shot kiss you can tweak.

Oh my, this doll version of Tyler is subversively frightening. Which can only queue one question: who is the twisted young mind responsible for this demon hip-hop doll? And why is there not a mini-cartoon following the sick adventures of Tyler, In The Cupboard?

And here we thought that neon-lightening bolt moveable walkway at O'Hare airport in Chicago was the raddest light sculpture we've ever witnessed. Leo Villareal, you're a white sparkle horse of the cosmic unicorn kind, turning Earth into space. Crossing bridges upon coming to them won't ever be the same.

Sliced like a slit on the plump part of a girl's acid-washed jorts, the frayed comfort that Chvrches pulls out of this dystopian Blade Runner-meets-Qbert dreampop fantasy just might be the most intoxicating thing we've seen in 2013 so far. Do not fear the cube.

The Flaming Lips & Bon Iver - 'Ashes in the Air'

In case you needed something more horrifying than proof of Wayne Coyne's first dump in blue leather pants, welcome to glitter-punk cannabalism 101, with a one-eyed disco-robot curator, holding a fucking baby, because, why not?

Pink Floyd - 'Another Brick in the Wall'

If only these pod kids ate their damn meat, there'd be pudding for all, allowing for more educators to serve said pudding, eliminating educational woes for generations unbound. Think about this, kids - what would happen if you leave them teachers alone?

Post glam-jam question of the week: The year is 2045. The planet is Mars. We've just found out how to put people on it. What jam is on your video machine and why?