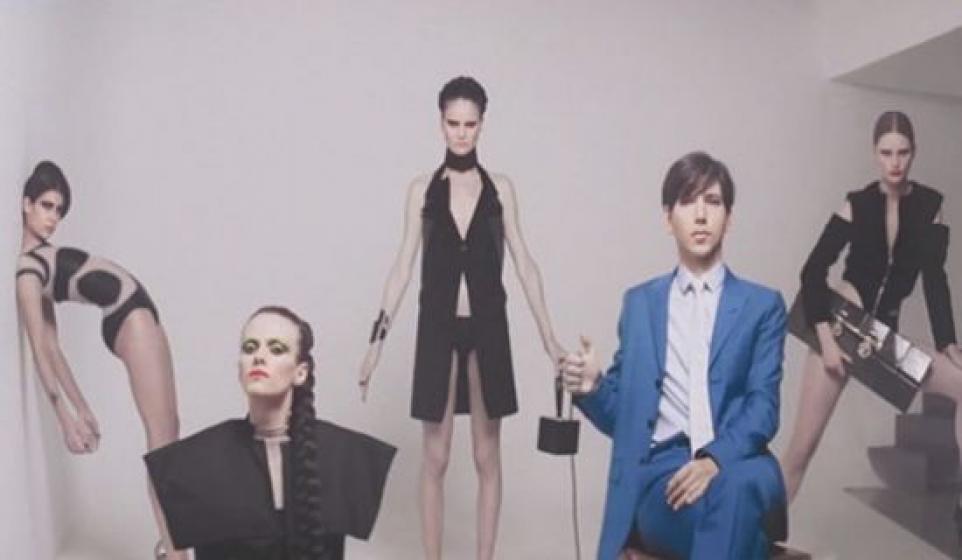 Don't lose your shit just yet - we've still got some time before the Mayans get their last laugh here with all this 12.21.12 end of the world talk. Until then, though, we've got a whole slew of videos this week to remind you to let loose, from LBGT-friendly slumber parties to mountain-climbing, peaking with a alternative setting-make-out guide that'll be sure to get ya grabbin' life by the short and curlies before the apocalyptic curtain is drawn. And of course, a handful of just plain brilliant marriages of sight and sound:

This is your brain on EDM. Which if y'all know a thing about space, such knowledge'll come in handy. Say, if you ever wig the fuck out in some concrete jungle and find yourself believing you're rocketing towards - in a space suit, of course - the sun. On your way you will destroy disco balls and flail your arms. Miraculously, this whole journey will take less than two minutes. Consequently you will have broken a couple of sound barriers. Godspeed.

"It ain't easy livin' life in the trap," and other "time to terminate shit" sentiments from rising brat-rap meets Zola Jesus ambiance wizardry, Charli XCX, spliced with images of Britney Spears crying, hookers and Casablanca scenes to give you a taste of her 'Aura.' Which is black and white and security-footage-clever.

High art "happenings" guru Doug Aitken wows with his latest Fluxus capture dubbed "Altered Earth: Arles, city of moving images." Arles, as in the city in France. Experimental jazz heart, Terry Riley, provides the sonics, which combined with candle halls and three-story building-tall images of pastoral French countrysides and architecture will just leave you happy to possess the ability to both hear and see in tandem.

Mumford & Sons - "Whispers in the Dark"

Another old-timey nostalgia trip via the wispy-stringed UK exports' sophomore effort, Babel. This one channeling your inner explorer. Strap them wooden-knobbed hiking boots on and fasten your ice-picks, there are folk mountains to climb.

Originally released as a lyric video accentuating its glam-emo one-lovisms, the once indie-poster children invite you to their LBGT-friendly slumber party, where they permanently sing karaoke and everyone's happy just to get "a little bit closer" to each other all of the time, even when the bottle doesn't spin their way.

You ever make out while hand-cuffed over the hood of a cop car? Underneath a wrecking crane? On the streets of a riot? Through a fence? In a meat locker? While driving a car? During a robbery? Getting dragged across the dirt? On the ledge of a high-rise? Well, shit, yo, you clearly haven't experienced "True Romance."

Frodo goes robo in this surreal hypnotic synth-'n-bloop-bleep trip starring Elijah Wood as an armless victim of some sort, who builds an arm out of found objects in his room, an iPhone among them - is there anything Apple can't do? First thing robo Frodo does? Breaks shit, ha. Dream a little dream.

The ultimate indie high school band comes of age in real-time, under a bridge. Feel the symbolism! And now feel sad that you're not as talented. What have you done with your life? Then again, what do they know about being dirty in the summer?

World, meet Flat Eric. The hippest French puppet in EDM ever sewn. This is his debut role in 1998. Enjoy the pastoral car ride, and this little dogish-cat thing geeking out when it's time for a car wash, ultimately peace-ing out and trying to hitchhike his way off into stardom.

Somebody actually paid these models to stand in acid-trip Calvin Klein permanence for four minutes, right? Either way, this is some hilarious new-gen hipster version of Robert Palmer's "Addicted to Love." And we're a little bit creeped out and smitten at the same time.

So what do you think? Have you had a good run? Need cross off more make out settings on your list? Pissed that you quit high school band? Jealous of robo Frodo? Well, there's still time, friends. 15 days. Enjoy them. Ya'll check back next week now. We're watching.