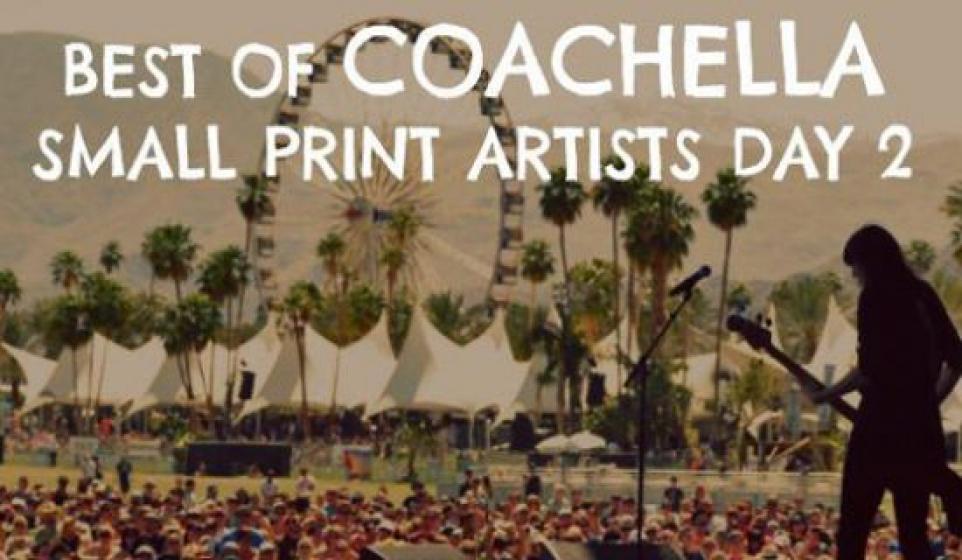 When the 2014 Coachella lineup was announced, I wondered how it was possible for the tickets to have sold out in less than 3 hours!? I mean, have you seen who’s going? The Headliners? Come on...I’d rather spend the money I earned from selling my liver elsewhere than pay for an outrageously priced pass that doesn’t cover the $10 watered down beer and the rash on my skin acquired from tackling my way through sweaty people in hell like temperatures. BUT...for those who were lucky enough to snag tickets to the most epic hipster festival of the year, CongratuWahooLations! I have three useful tips to help make this experience all the more enjoyable.

Tip # 1: Learn how to maneuver your way through crowds. We don’t exactly know of a safe method, but you’re going to need one if you plan on seeing the must see artists.

Tip #2: Know who you need to watch. I’m not referring to the names in bold huge letters. I’m talking about the small print artists that can not be missed. For a guide to your Day 1 experience at Coachella, click here. Reasons as to why Day 2 would be worth going are as follows:

You can say that word spread quickly about Future Islands after their TV debut on Letterman last month, mainly due to the killer dance moves of frontman Samuel T. Herring. But all dancing aside, did you know the band has 11 years of playing under their belt? Yep, originally formed in 2006, these guys have completed and released their fourth studio album entitled Singles, which showcases their talent at creating timeless classics.

The four piece band that I recently became familiar with has a sound perfectly suited for a big stage arena. Their aspirant drive of creating uplifting music takes the listener through a thunderous journey of perfectly synched rock and pop elements. This is a band that I am definitely looking forward to hearing more of.

Solo ambient music producer, Washed Out, will be one that you won’t want to sleep over. A refreshing change from the ‘wobble wobble, dub, dub” sounds from other producers said to be at Coachella, his music is mesmerizing and strong enough to mellow out the toughest of crowds.

Seriously France?! You guys are like the breeding ground for emerging producers. The brother/sister duo Carbon AIrwaves is a genre defying cocktail of fuzzy electronic with heavy influences of metal. Their ear bending music is not for the faint hearted.

Since Daft Punk will obviously not be showing up, the synth pop duo Nick and Alex’s set will probably be the most flavorful performance of them all. Expect a remix of your favorite tracks with an addition of a lot of funk and disco vibes.

Get ready to swim in a pool of guitar and synth bliss. The infectious band will be charming your punk/grunge pop ears. it’s gonna be like watching The Talking Heads meets The Wild Nothing.

If The Cure and Arcade Fire would have hooked up after a drunken night, they would have burped out New York band Drowners. They serve up simplistic pop with ever so fabulous cathy lyrics. Their single, “Luv, Hold Me,” showcases their true post-punk style.

When I saw that The Magician was part of the lineup, I could not pass up the shout out. While I prefer to see him play together with his better half of Aeroplane, The Magician’s solo act will do. It’s just a perfect way to keep that high you’ll be trying not to lose on a constant level.

Futuristic Pop anyone? First of all, I couldn’t believe a guy with so much win was at the way bottom of the line-up. Gawd, some people just don’t get art. If you haven’t had a chance to check out this mastermind, I recommend you do so now. And warning, you most likely will get lost in his soulful voice.

Unlocking The Truth will be one of the most if not, THE MOST surprising act for Day 2 of the Coachella lineup. A change of pace from the shit tons of electronic and pop music. It’s crazy how young and truly talented these kids are. To say that I am awestruck is a huge understatement. Their shredding skills are strong enough to make fully grown metalheads cry. Take a listen above and be sure not miss their performance.

Now that I’ve wrapped up the small print artists you should check out, it’s time for Tip #3...

Be on the look out for Day 3 of Small Print coming your way soon.