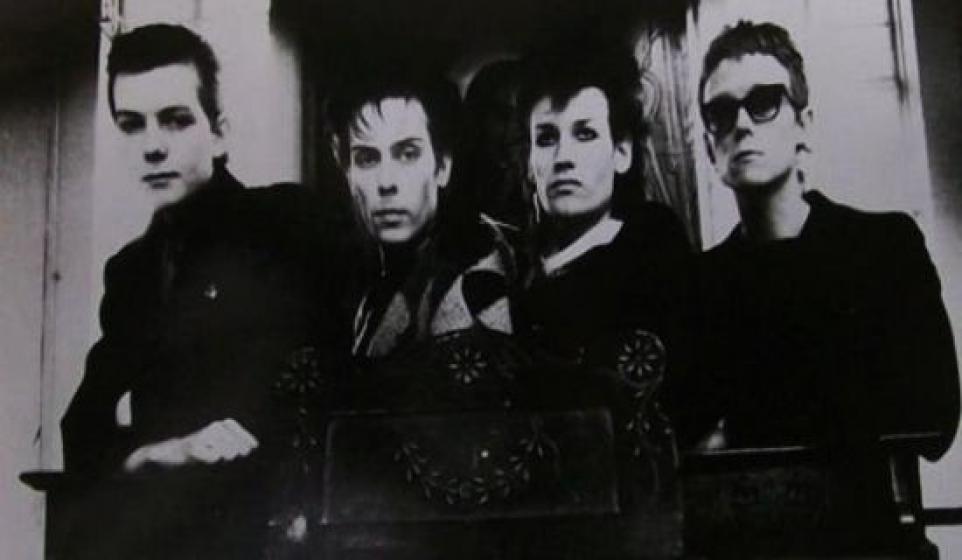 When punk and everything that it stood for dissipated like a fart to the wind at the end of the 1970s, navel-gazers everywhere needed a new, dangerous tribe to cling on to. Step in Bauhaus -- who found home in that peculiar period when punk was pedestrian, new wave was, well, new and goth was yet to even exist (but, oh, soon would). And while we don't have the space to spiel the brilliance of Bauhaus, there is no doubt about it, this band are ragingly underrated in comparison to their contemporaries (hey, The Cure!).

In December 1980 -- fresh from the release of their debut album, In the Flat Field -- Bauhaus released a cover of T. Rex's “Telegram Sam” that Marc Bolan's bestie, David Bowie, would have been proud to call his own. The B-side to this single was “Crowds,” a tender dagger directed towards an immoral ex, which contains the oh-so-delicious couplet: “You worthless bitch/You fickle shit.” Go get your angst on:

Bauhaus never performed this song live, so instead enjoy footage of the band performing (arguably the first goth song ever written) “Bela Lugosi's Dead” at Coachella in 2005. Peter Murphy sings it UPSIDE DOWN, for goodness sake...:

And I'll walk away
Walk away