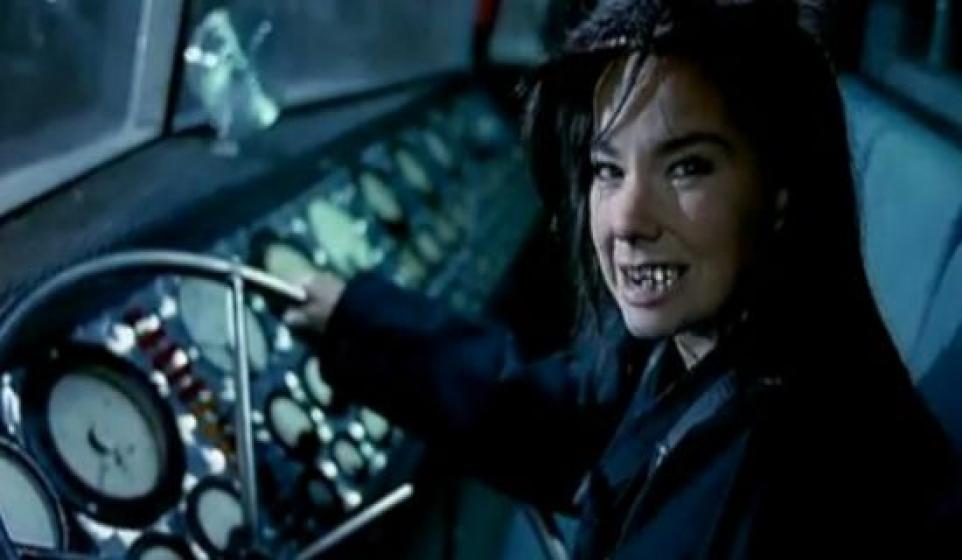 Best Songs Ever: Bjork 'Army of Me'

In 1995, Bjork not-so-subtly reminded the unsuspecting music industry that she was an Icelandic force to be reckoned with, when she unleashed today's Best Songs Ever: “Army of Me.” The media-dubbed “cyber pixie” turned female warrior in the violent industrial banger, which signalled a thrilling change in direction following the “polite and shy” Debut:

Bjork addressed her slacker of a brother in “Army of Me.” She explained: “Self-pity from morning to night, which pisses me off. You can stand a whining brother to a limit, but for ten years, from 14 to 24. I simply had enough. Stand on your own legs, get a job, get a life. And if you complain once more, you'll meet an 'Army Of Me.'”

“Army of Me” was the first single to be lifted from Björk's second album (well, third, if you  want to include her self-titled debut album, which she released when she was just 11-years-old), the illustrious Post. Unfortunately, the song did not chart in the US (face palm, America, face palm), but “Army of Me” did peak at #10 in the UK.

Björk teamed up with the director, Michael Gondry, for the official video. The singer is seen driving an gigantic tank to the dentist, who just so happens to be a gorilla. He yanks a diamond from Björk's mouth, which she attempts to steal. Björk then plants a bomb in an art museum, before crying diamante tears on her victim. Avant-garde doesn't cover it:

In 2008, Björk filmed a concert at the L'Olympia in Paris, and later included it in the Voltaïc box set. Björk was unwell on the evening of the concert, which she later described as "quite traumatic." Nevertheless, we think she sounds fantastic during this performance of "Army of Me":

Stand up
You've got to manage
I won't sympathize
Anymore

You're alright
There's nothing wrong
Self sufficience please!
And get to work