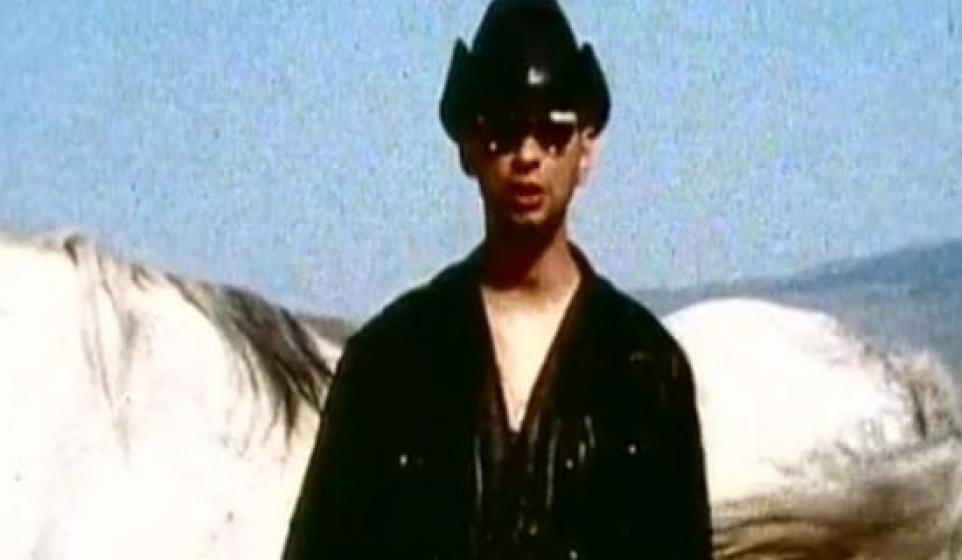 In 1989, Depeche Mode dropped one of their Best Songs Ever - “Personal Jesus.”

The song is lifted from the British band's seventh studio album, Violator!

“Personal Jesus” peaked at #13 in the UK and #28 in the US. And it seems the old folks (ahem) over at Rolling Stone agree with BitCandy that this is one of the most EPIC electro-rock tunes of all time, as in 2004, they pitched it at #368 in their "The 500 Greatest Songs of All Time" list!

According to Martin Gore, the song – which was one of the first by Depeche Mode to feature guitar - was inspired by Priscilla Presley's obsession with Elvis:

"It's a song about being a Jesus for somebody else, someone to give you hope and care. It's about how Elvis was her man and her mentor and how often that happens in love relationships; how everybody's heart is like a god in some way, and that's not a very balanced view of someone, is it?"

Check out the track's fantastically camp official video, below!

Plus a sexy and sweaty live version from Barcelona in 2009!

In 2002, Johnny Cash covered this for his 2002 album, American IV. But perhaps the most famous cover is Marilyn Manson's, which dropped in 2004. Way to slaughter one of the Best Songs Ever, bro!