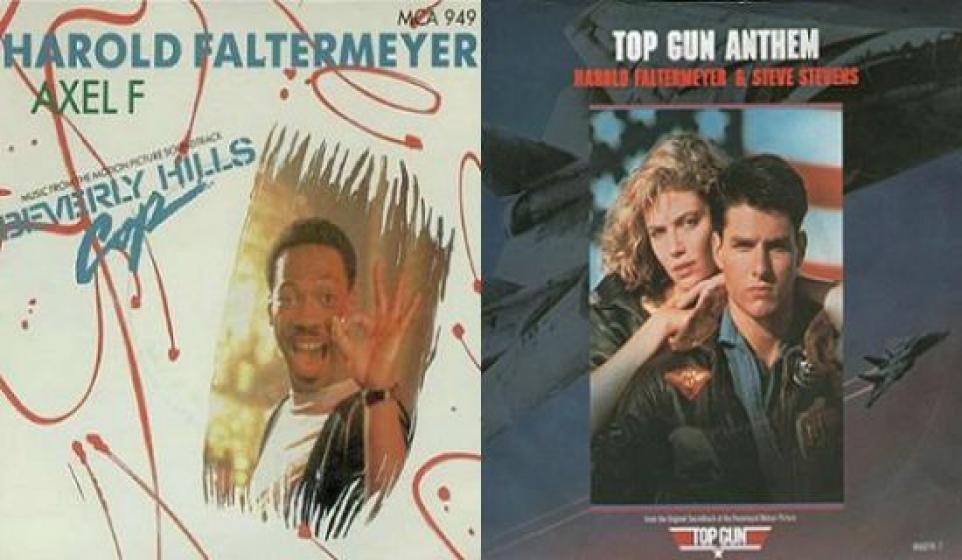 Harold Faltermeyer wrote some of cinema's Best Songs Ever. In fact, this German GENIUS is responsible for two of our favorite film tracks of all TIME!

First up, “Axel F,” from the 1984 flick, Beverly Hills Cop! This EPIC electronic instrumental hit #3 in the US and #2 in the UK - a totally awesome achievement for an instrumental from a film!

This shit makes us wanna FLEX!

Next, “Top Gun Anthem,” from the 1986 film, Top Gun (but we didn't need to tell you that). In 1987, this won the Grammy Award for Best Pop Instrumental Performance, thanks to the shredding skills of the guitar virtuoso, Steve Stevens!

This shit makes us feel INVICIBLE (“Take My Breath Away” can sit back DOWN)!

No doubt about it, Harold Faltermeyer REDIFINED action film scores in the 1980s! But WHERE are all the mega cinema anthems like this in 2012?!  Are you gonna hear the theme to the new Twilight film on your radio...fuck no!  Someone tell us! Until then, stay tuned to BitCandy for more Best Songs Ever!  80s Forever.