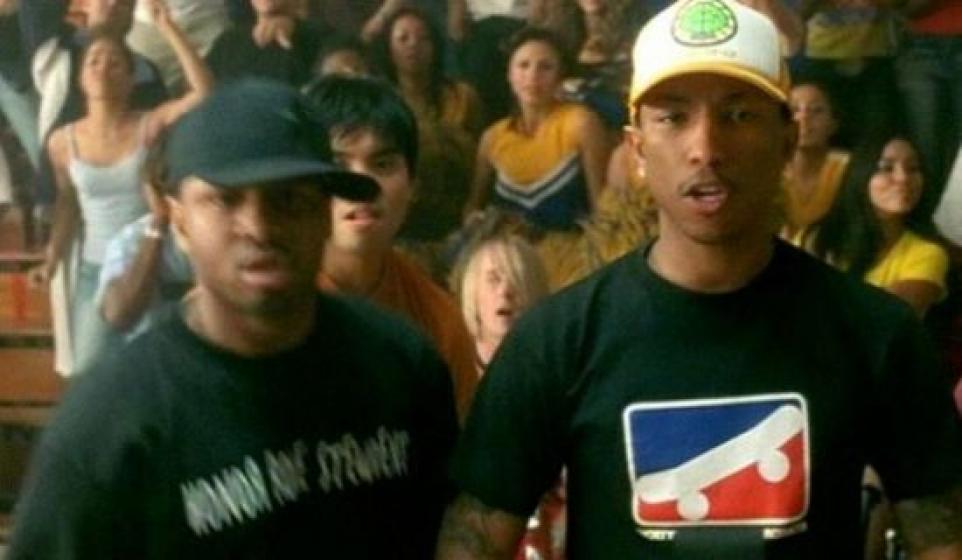 I remember when some girl in prep school who used to call me fat told me what N.E.R.D stood for. I was immediately unimpressed that she knew something about them that I didn’t. Yes, this was the age of “Rock Star” and things just haven’t been the same since. Hold onto your hi-tops for today’s Best Song Ever.

Never mind being one of the best teenage angst songs to ever be sung by a guy in a trucker guy, the music video is an monumental piece of early 2000 history. Maybe because it reminds me of watching TRL and Spongebob Squarepants simultaneously after school or maybe because Pharrell’s grin in the first 17 seconds of the video really sums up the whole song.

2001 was a simpler time. A time where one band could be classified as funk, rap and hip hop and no one gave a crap. N.E.R.D released an album called In Search Of…. and with “Rock Star” being its second single, it really launched these dudes on an international scale. The song was featured in perhaps the only awesome scene of Blue Crush (remember that girly surfing movie? ) and I swear that’s the only reason we watched that movie over and over again.

The part I always forget about is the whisperious “Fuckin’ posers” in the intro and once you know about that, it really just sets you off for the rest of the song. Yeah! Fuck you, posers! Whoever you are. Apparently some people on the internet think this song’s called “Rock Star Poser” and whether that’s true or not, I say they’re exactly who N.E.R.D are referring to.

Now all I can think about is going back to prep school and punching that girl in the face, perhaps with a skateboard. N.E.R.D style!