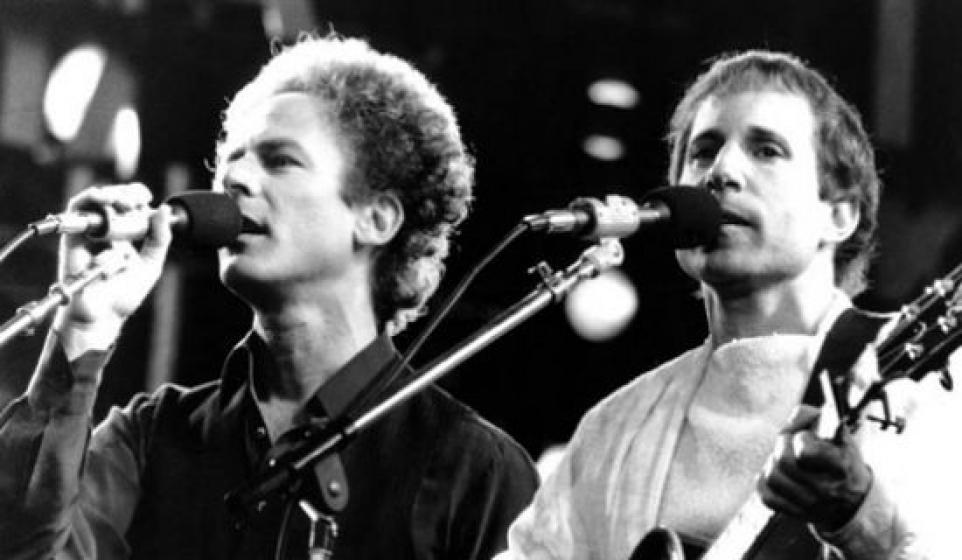 On September 19, 1981, Simon & Garfunkel reunited after ten years apart to play a benefit in Central Park, New York City. 500,000 attended the free concert, which raised money for the regeneration of the Manhattan green space. Despite the ongoing disputes between the duo, the live performance is widely considered to be one of the top 10 moments of the last 50 years of music history.

The highlight of the evening came when Garfunkel positioned himself center stage to perform today's Best Songs Ever, “Bridge Over Troubled Water.” Believe me, it will make the hairs on the back of your neck stand on end:

“Bridge Over Troubled Water” is the title-track from Simon & Garfunkel's fifth and final studio album of the same name. In 1970, the song was a #1 hit in the US for six weeks, and a #1 hit in the UK for three weeks:

Simon wrote the first two verses of “Bridge Over Troubled Water” after hearing “Mary Don't You Weep” by The Swan Silvertones. Garfunkel later convinced Simon to write a third verse, which he did in the studio. This final stanza was about Simon's then-wife, Peggy Harper, who had noticed her first grey hairs, inspiring the line, “Sail on, silver girl.”

The recording session was infamously steeped in tension. Simon was angry at Garfunkel, who insisted that he sing “Bridge Over Troubled Water” alone. Simon also thought that the song's arrangement was far too orchestral, but Clive Davis, God love him, saw the commercial appeal and insisted that the duo release it as a single.

“Bridge Over Troubled Water” is one of the most covered songs of all time. Dionne Warwick, Annie Lennox, The Jackson 5, Linda Clifford, Mary J. Blige and Elvis Presley are just some of the bands/artists who have tried it out. But, for the love of Garfunkel, none of them beat Aretha Franklin's version, which was released in 1971: