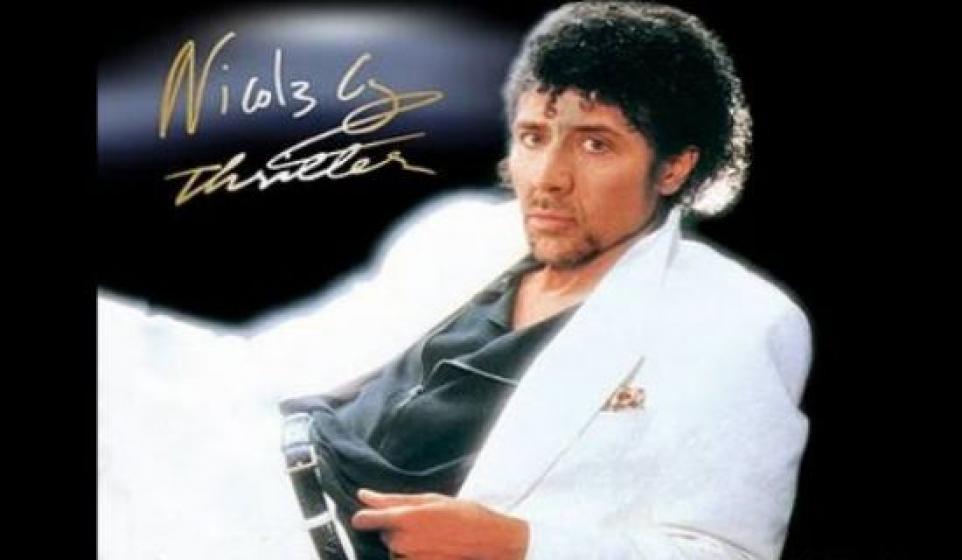 Woah! Cage man, so weird to see you with hair, looks good on you in a weird creepy kinda way. In other less shocking news I was informed Taylor Swift and that girl from 1D just split. Bummer, perhaps if they had listened to our Best of Indie Love Songs playlist that you guys helped create, the two would still be bouncing around in their tween-pop-turd world.

Life goes on, she’ll find another victim quicker than finding originality (actually can't knock her songwriting).  Anyway...in the meantime, I should forward her this weeks’ BitCandy’s Popkiller.  Umm, does anyone have her #? Umm, is anyone else distracted by Nick Cage’s hair?

In true BitCandy fashion, we bring you latest  twenty | one | pilots audio stream.  If you’ve ever had your car stereo/radio jacked then you can relate to the pain. I know we’ve told you before but allow me to repeat it...Keep an eye out for these guys in 2013!

All I have to say for this track is SWEEEET! “Killed that pussy / Died with his eyes open” (just repeat 50 times).  Yes, indeed...so far we’ve come in lyrical craftsmanship.  Still a hot song.

Fun.: Sight Of The Sun (Audio)

The pop-rock trio has released yet another tune that will very likely be on replay all over the airwaves. In case you want to wrap your arms around the single you can get it off the Girls – Volume 1. FYI I think it might be a good soundtrack being that Icona Pop and Fleet Foxes are part of the collection.

At last Kendrick Lamar introduces us to Sherane’s ass, I mean face, no I really meant ass, watch 2:33, whole lotta shakin. As for the video, what better place to rap about bitches, wifey, girlfriend, and mistress other than Paris...the city of love. Very classy dude!

Holy crap batman! I think this is the first time we ever mention Paramore on here. Before you start sending us your hate mail, you should catch a glimpse of Now (sorry couldn’t find a leak 4 u bros) it’s surprisingly decent!

If you long for dark, melancholic, and grandiose choruses then boy oh boy this is for you! Hate to compare but … reminds me a lot of Coldplay’s Para -para -paradise. What do you think?

Pepper - Wish It Away

Adele + dubstep - huge vocals = Pepper. Confession: I have no idea who this girl is..oopsie. Did you all know about her? Anywho, I can see why she was signed by Dizzee Rascal.  And we don't need hype to just post something we like that has 3,000 YouTube spins.

Oooh what a nice treat! Enjoying this left of center nice take on some Missy compliments of Laurel Canyon.

Make sure to stretch before dancing to the latest electro banging mix by UK’s teenage DJ/producer DSCVRD.  And check out his Soundcloud here: https://soundcloud.com/dscvrd
I didn’t think I would be able to get through the list with weird ass Nicolas Thriller starring at me. On second thought it’s not as bad as that one time I caught him playing around in my basement. Well, that’s a wrap! It’s all we gots for you for now. Let us know if we left anything out!