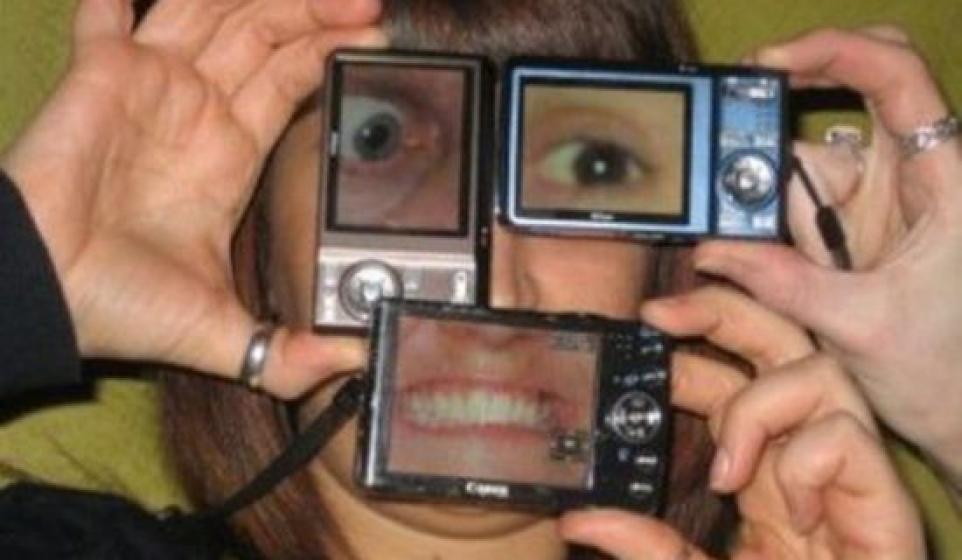 Seeing that we've got to choose a new leader of the Free World tomorrow, we thought we'd throw some cognitive hypotheticals at your brain this week in the tastiest videos on the web, you know, to aid the mind-numbing decision between electing a human calling himself Mitt Romney or Barack the Vote. I.e., what to do if an evil bunny in a suit puts a key in your mouth, whether or not to burn shit at the end of your hip-hop parade, and other critical thinking skills involving girls named Panama and Van Halen. Use your brain, and then eat your BitCandy:

The most gorgeously shot breakup video ever, complete with a token nipple shot and, awp, a ménage à trois, strewn along by a Risky Business prostitute-Phil Collins synth vibe and two estranged lady members of the ménage à trois burning a bunch of shit.

Sun Glitters - Too Much To Lose (Regal Safari Remix)

A lo-fi about-face for the pristine underwater photography of Elana Kalis, the warbling chilltronica of Sun Glitters lends itself well to the twisted adventures of Kalis and the little girls she persuades to wear tutus and ride miniature horses in people's swimming pools.

Mr. Gnome - "Night of the Crickets"

So this is what happens when rabbits wear suits - shit just goes to gas-mask, cage-torturing hell, blue face goblins hobbling around, and WTF creepy couple being tortured, what's up with the hugs. Those rabbits put cages on your heads and made you dance. Cages!

Everything was all sunshine and marching band-backed hip-hop fun until J Cole decided to blow shit up one day. Easy with the fire, captain rage - people wanted to follow you around town some more.

Ah, domestic violence, ain't it sweet. Never fear, wee young slum lords, there is an opportunity to be saved by breakdancing. That is, if you don't get your ass shot, or hacked by a machete wielding fruit-stand owner. Meanwhile Rudimental's horn-laced James Brown grit howls.

There was a time when David Lee Roth's prickery couldn't possibly outshine his lightening-bolt spandex RAWK panache, all hair and banshee-screams, a still employed Michael Anthony just drunk enough not to puke on his Jack Daniels bass, Eddie making it shred-tolerable. This is that time. And "Panama" is a metaphor for how hard they fucked the world's vagina.

This is what happens when you let your dog off their chain -- sex shows, long board thievery, urinating on smart phones. You can't watch 'em all the time. Just saying. Most soundtracked with more devious synths. But this'll do. This'll do.

Really, though, please don't vote for Mitt Romney. He is the evilest of bunnies you could ever imagine. You think head-cages are cruel? Romney eats head-cages for breakfast. In an evil bunny suit. True story.