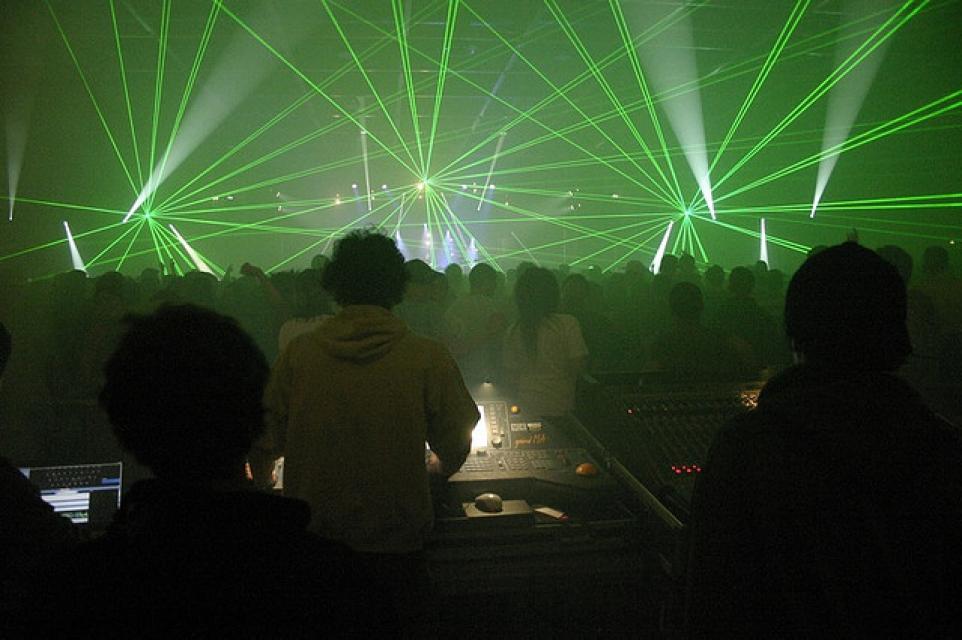 Howdy to all my partners out there on the web and welcome back for another installment of Best Electro Bangers from BitCandy’s LA Music Blog!   Sheriff Glitch is down in Texas investigating the Hobo Hotsposts  (this is really for real...find a homeless person at SXSW … they are likely a hotspot) and discovering unknown artists at SXSW at SXSW (check out our best unknown finds of SXSW 2012) so it’s just Deputy Flex standing between you and the clutches of terrible, monotonous EDM.

So put on the spurs and saddle up the horse cuz here comes Uncle Flex with a wagon full of music.
NEUS - Hello
More of a down tempo jam then we usually feature on here, but the heavy beat will get you moving despite the lack of BPM.
Tiësto - Chasing Summers
Tiesto’s new track officially pre-empts the beginning season of warmer temperatures.
Tommy Trash Cascade
And here is the Trash man to speed it up a little.
Fat Pocketz - That Shit Cray! (Original Mix)
Often times I find myself asking what would Kanye Say (wwks)? Usually I come up with the answer “that shit cray”
Spank Rock "Nasty" (SCNTST Remix - BOYS NOIZE Re-Did)
You Nasty! So is this track. Three damn good DJs put some time in on this one.
Sirius - Congorock
Calvin Harris ft. Ne-Yo -Let's Go (Calvin Harris Remix)
Calvin Harris did the right thing and remixed Ne-Yo and his whiny voice right out of the song. Now if only Harris would stop making songs with shitty pop artists all together...
The Shoes: Time to Dance (SebastiAn Remix)
Whenever people spell in songs I feel like I’m 3 years old all over again
Squad Up (Clockwork Vocal Edit)- Clockwork
Digitalism - Silenz
And there you have the Best of Electro for Week #11.  Just think…41 more installments of cutting edge tracks of electronic music coming your way.