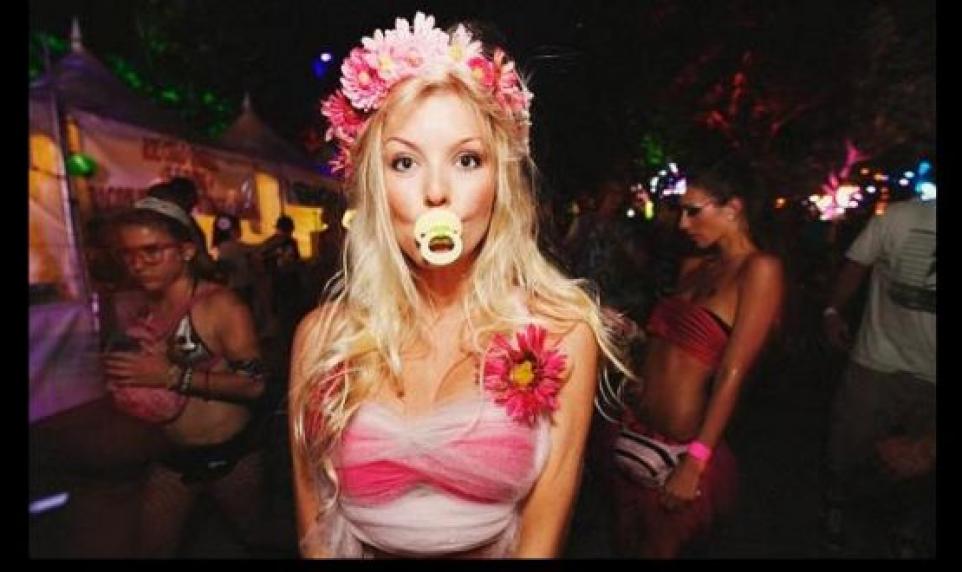 OMG it's figgin Best of Electro Bangers Week 45 on BitCandy's LA Music Blog.  That's right. An actual Music Blog from Los Angeles.  Screw you Brooklyn!  (joke).  Yes, so at our less snobby / esoteric Pitchfork type alt pop/electro/indie music filter...our mission is to bring you the best.  And this week we surely have some "Zune killers" (oops Microsoft already did that all by themselves)...I mean IPod Melters.  Okey doke...Let's get started.

"Horsey (Lazerdisk Party Sex Remix)" Diplo - It turns out he didn't retire with the loot from the Blackberry commercial but still destroying it with new tracks and introducing new flavors to us. Thanks, Wes.
"Close to Me feat. Gary Go (R3hab Remix)" Benny Benassi - Instructions to Melt IPod.  Load this song.  Crank.
"Strobe Lights Say My Name (Porter Robinson Edit)" - Oh to be Porter Robinson. 19 Yr. Old Rock Star with the world (and pick of all the electro goldilocks goth girls) in my hands.. Great mash up here between Porter's "Say My Name" and Ellie Goulding "Lights."
"Kaskade Found Love (Rihanna x Nero x Chrizz Luvly)" - You know, I was going to post this new Rihanna "smash?" but I decided not too...this song is already making me nauseous every time I hear it...so FU Calvin Harris.
Far East Movement - "Jello" feat. Rye Rye - not quite an electro banger but one of my new favorite club popkiller type jams.  Both of these artists are on Cherry Tree Records / Interscope (this label is now manufacturing Cherry Tree Cola...yes Interscope is schlocking both Dr Dre "Beats" (original name) headphones and sugar water...notice the product placements now in all the songs and videos (including LMFAO's "Party Rock Anthem").

"Empire" Jungle Fiction - Not a new track but this is from 3 19 year olds from Reykjavik, Iceland who could be the future of electronic music.  I love this remix they did but check out also one of their videos here.  Really...I need to hear this one in the next "Drive" movie (please God...I just ask for a sequel to "Drive"... that would be really swell).

"Big Bad Wolf (Dada Life Remix)" Duck Sauce - the track is kinda a whatever...unless you are a wolf.  Then this song is your fucking anthem!  The banana obsessed Swede boyz, Dada Life actually take it to the next level here and it's my favorite mix.   I mean it's worth a post and the video as you've probably seen is definitely in the WTF category.   Check the video out here!.  But the track doesn't compare to other Duck Sauce classics "Barbra Streisand" or "Radio."
"The Name Of The Game" The Crystal Method  - To end the post with a classic electronica / big beat breaks tune.  When all new electro / dub step tracks fail...I can always depend on Ken and Scott with The Crystal Method.  (they're in this video...the 2 guys checking out the skating just in case if you aren't hip to The Crystal Method...required listening).
Like, Favorite or Talk Shit about us here...