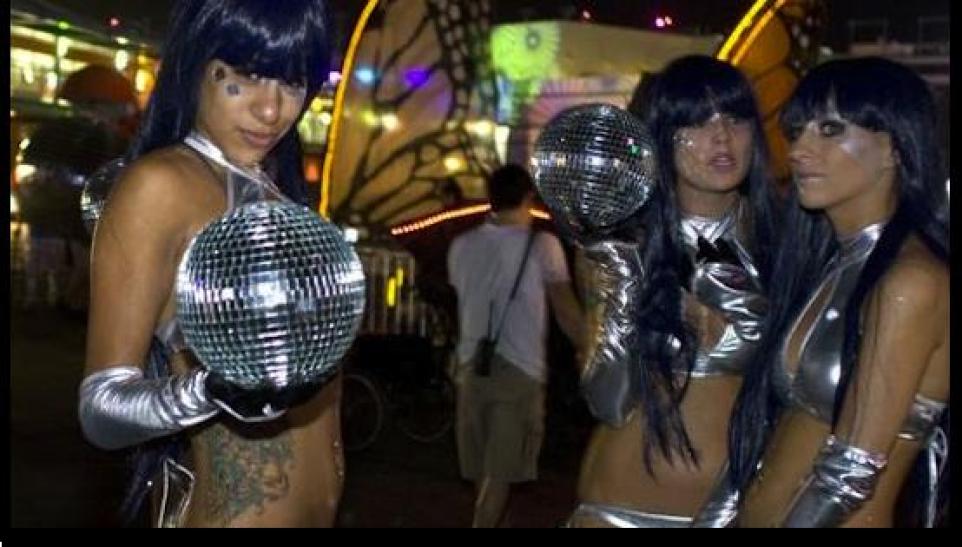 Sup?!...It’s time for another installment of Best Electro Bangers on BitCandy’s Blogs On Music with Glitch and Uncle Flex.  Holy Moly...Weren’t the Granny’s...oops I meant Grammy’s something or nothing Sunday night?...they actually gave Deadmau5 a spot at the end with “Raise Your Weapon.”  So either our genre is in for a nice run or it’s completely over.    The Deadmau5 skull art tech helmet was the besty part of the night in my opinion.
And give it up to Chris Brown, this year he (again) didn’t try to eat Rihanna.   Speaking of tasty treats and great electro...here are 6 cream of the crop songs that won’t be appearing on any awards shows anytime soon.  Whatevs!
XV ft. Wiz Khalifa - Gobstopper (Figure Remix)
I swear when I was at the Grammy’s at Sunday (yes i'm bragging but whatever) I saw Wiz Khalifa get escorted out … Maybe we was pumped up after hearing this Figure Remix
<object height="81" width="100%"> <param name="movie" value="https://player.soundcloud.com/player.swf?url=http%3A%2F%2Fapi.soundcloud..."></param> <param name="allowscriptaccess" value="always"></param> <embed allowscriptaccess="always" height="81" src="https://player.soundcloud.com/player.swf?url=http%3A%2F%2Fapi.soundcloud..." type="application/x-shockwave-flash" width="100%"></embed> </object>  <span><a
Kry Wolf - Ninety-Nine (Original Mix)
Tasty house meets dubsteppy thing we like
Noisia - Split the Atom (Kito Remix)
Noisia, splitting Atom’s and splitting iPods.
Afrojack Ft. R3hab - Aces High (Prutata)
Oh how cute. Afrojack, you made some silly analogue bleeps and blurps and shots.  That’s OK, it works big time.

John Williams - Duel Of The Fates (The Noisy Freaks Ft. Dead Câˆ†T Bounce Remix)
After Lucas shoots his next load on the Star Wars 3D franchise, then he’ll rescore all of John Williams stuff with these remixes to juice the series again.
<object height="81" width="100%"> <param name="movie" value="https://player.soundcloud.com/player.swf?url=http%3A%2F%2Fapi.soundcloud..."></param> <param name="allowscriptaccess" value="always"></param> <embed allowscriptaccess="always" height="81" src="https://player.soundcloud.com/player.swf?url=http%3A%2F%2Fapi.soundcloud..." type="application/x-shockwave-flash" width="100%"></embed> </object>  <span><a
Gotye - Somebody That I Used To Know (dBerrie Remix)
There are lots of remixes going around but I think this one has something special.
Feed Me - One Click Headshot
Nose cringing, smelly dirty electro.  My favorite.
Like, Follow or Talk Shit About us here: