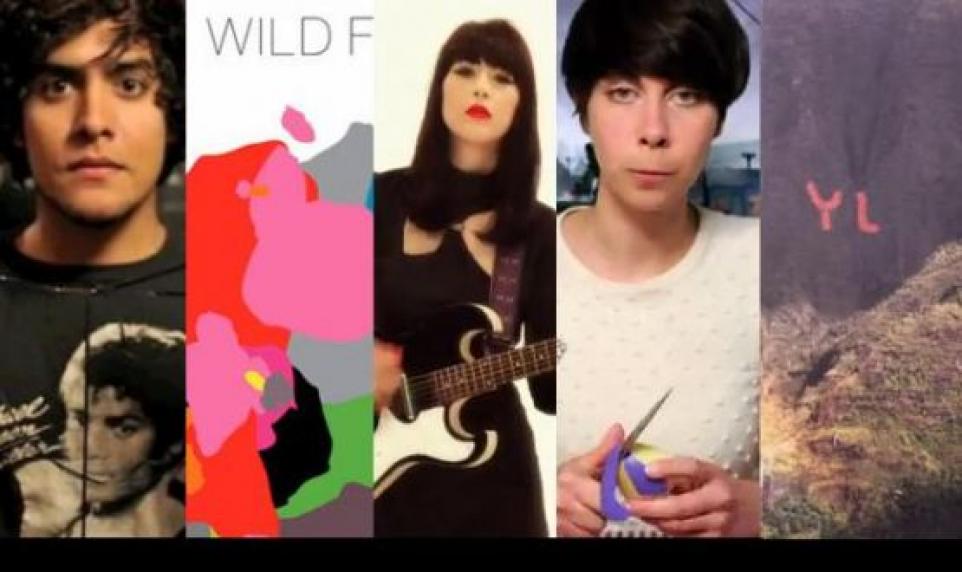 Weekly Best Of Indie.  Yes, "It's Friday Friday" .. OK Rebecca Black shut up and sit down because our Blogs on Music is about to crush your silly little  pop world with the Weekly Best Of Indie.  Without further a do here we go:
"Bedroom Eyes" Dum Dum Girls - Random comment: I never got into the "I Heart" craze.  That just sounded plain silly.  Just say you love it.  Like we love the new Dum Dum Girls.  The ladys' also give away "Bedroom Eyes" as a free download..more on that story here.
"Hex Girlfriend" Neon Indian - The 2nd best song from Neon Indian from his new album Era Extrana.
"Remember" Lali Puna.  Didn't know much about her except she's pretty awesome.  Oh wait...Lali Puna is not a person at all...that's just the name of this experimental electropop indie project from Berlin. They're on the 4th album...look for a feature on BitCandy soon.
"Move On" Lali Puna - Another great one from the band from Lali Puna's 2010 album "Inventions."  Yes, it's not from 2011 not did it come out last week but even a year old still deserves to be brought to your ears.
"Glass Tambourine" Wild Flag - my favorite song from the new album that came out September 13th on Merge Records.
"Too Late, Too Far" Can't - Every Spin Magazine that comes out I tedious and tortuously go through all the bad music they casually review.  C'mon Spin...just give us the 3 best albums we need to get.  Anyway...was digging this one song (and only one song) from Can't.  Note to Band: "Can't" is not the best name for a band from Google Search perspective.  You just took 1st place from "Real Estate" in a band name Google probably doesn't like.
"Sweetheart" (A.K.A. Love You) HTRK - Do you like drippy and dreamy 3 a.m. vibe pop? Me too!!  These beats and chords just ooze and slide down your walls at the late a.m. hours.
"Det Haster!" Casiokids - from the elusive band from Norway.  I say elusive because Norway dudes...you don't even allow embeds of your videos from youtube?  C'mon guys get it together!  The music on the other hand...is very "together."
"Ave Maria" ceo - from an artist that doesn't like to use capitals comes ceo.
"Afternoon" Youth Lagoon - the song and artist that all the hipsters are creaming their pants on.