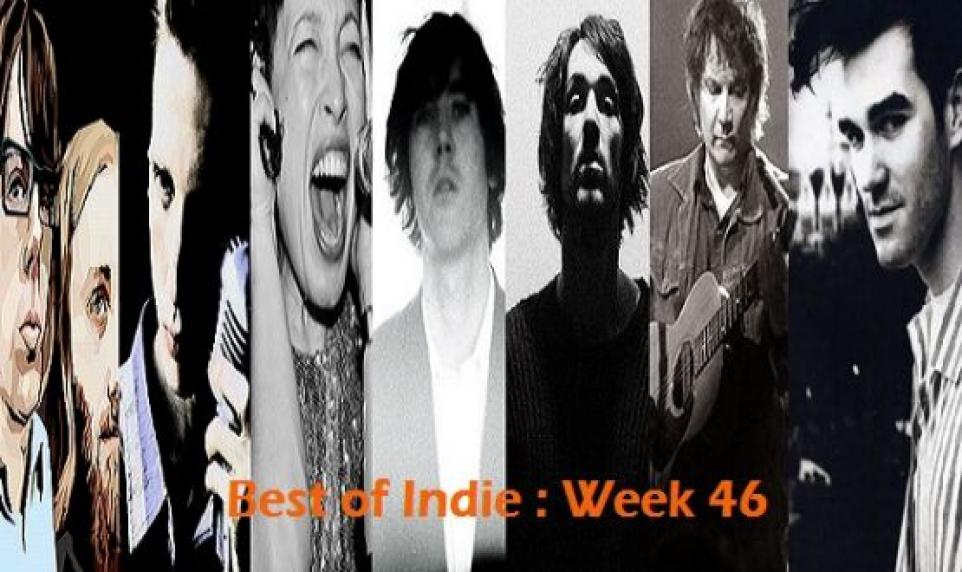 BitCandy hate the fact a lot of indie music nowadays is as interchangeable as N*Sync and Backstreet Boys (just read our recent compressing of Thee Oh Sees and Jacuzzi Boys into a two-headed indie monster of bore). Don't lose hope though, as there are still some decent indie licks to be found. And lucky for you, we've done the finding…so you don't have to go running to your shrink complaining of cold sweats induced by a lack of good music anymore. Yay!

The Black Keys - Run Right Back

This may be the B-side to the awesome "Lonely Boy" but don't think it's any less deserving of your ears. In fact, this growling stomper is equally as fine as its flip-side. Taken from the forthcoming "El Camino," out December 6th (warning: s'gonna be sexy).

Deerhunter's Bradford Cox made us cream out hipster panties (or whatever the hipster-favored underwear is these days) with "Parallax," his third solo-effort as Atlas Sound. Below you can grab two of BitCandy's favs from the LP - the reverb-drenched melancholy pop, "Angel is Broken" and "Te Amo," where Cox exposes us to his pipes like never before.

BitCandy favorite, celestial-superstar Tycho, has elevated Little Dragon's "Little Man" to otherworldly heights. This ambient remix is, dare we say it, better than the original. Eek! And enter a state of trance…now.

"Humor Risk" is the mysterious Cass McCombs' second LP of the year. We recently awarded "Humor Risk" a pretty impressive 7.4 and pointed to the heroin-rock influence of the bleedin' Lou Reedin' (pre-Metallica sell out) "Love Thine Enemy."

Taster LDN five-piece Duologue's indie-electronica via the relentless shatter that is Radiohead-come-Skrillex infused "Crave," below (btw, I know that combo looks like vomit on paper, but it sounds pretty good).

Is this the prettiest song on Wilco's latest album, "The Whole Love"? Yup, yup, we think so. 12 damn minutes of prettiness, too. Wonder if Barack agrees? Ah, how we loves ya Jeff Tweedy…

The Smiths - How Soon Is Now?

And we wrap up this week's Best of with a retro banger from the (recently remastered…go run to your record stores now, kids!) Smiths. "How Soon Is Now?" was penned in 1984 and still holds up today as one of the best indie tracks ever written (y'can read us cream a little more on the song, here).