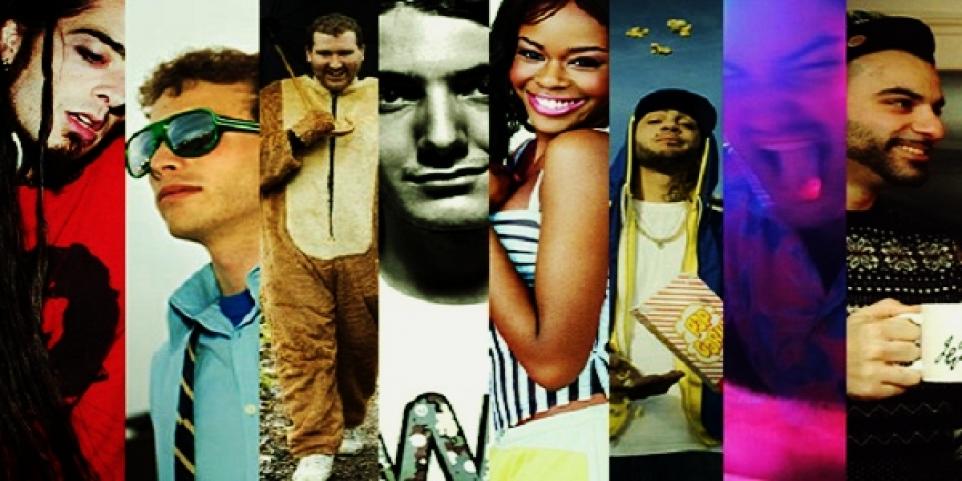 Kick off the coming weekend in oh-so-sexy style with the Latest Music Tracks & Best of PopKiller, featuring the hottest (so-hot-they-make-Rihanna-look-like-my-Grandma) tracks, remixes and mash ups to have exploded their way on to the pop blogosphere over the past week. Beliebers DENIED!

Bassnectar teams up with the fierce Lupe Fiasco to bridge the gap between post-dubstep and hip hop with the banging "Vava Voom," which sounds like an 8bit soundtrack to a Hammer film. Compliments of www.FilthyFriday.com

The Hood Internet are back to reek more mash up havoc upon ya earz. "What's My Noise" fuses the D-O-Double-G's "What's My Name" with Dillon Francis and Kill The Noise's "Dill The Noise."

"Disaparate Youth," Santigold's follow up to the bombastic "Big Mouth," has just been reworked into the genre of old-skool chunky garage by The 2 Bears.

After numerous previews, Alesso has finally dropped the vocal mix of "Years." Can't wait to hear this badass banger in a club setting!

Azealia Banks brings down da wannabees during her hypersonic new jam "Fuck Up The Fun," which features bubble production by #1 most-wanted-man, Diplo. PS, Azealia, we love you, but don't get too blowhard on us will ya?

Back to 2007 and the Teenage Mutant Ninja Turtles soundtrack (hey, what are you looking at?). Seriously though, this is one of those rare tracks from Gym Class Heroes that doesn't...actually...suck...WOW!

Compson Sound "Might Be Katy Perry's Violence (Feed Me vs. Amanda Blank vs. Dada Life)"

You want PopKiller? You got fucking PopKiller! Built around Katy Perry's "Part Of Me," dig this mash up from Compson Sound, below!

PlatinumLights "Shiny Metal Dream (Empire of the Sun vs Breakbot)"

Empire of the Sun's "Walking On A Dream" is a producer's perfect plaything. PlatinumLights has just combined it with some Breakbot to cook up the following trancey track. Tasty!

Don't get me wrong: if Nicki Minaj and whoever the fuck Big Sean is were ploughed down by a speeding garbage truck this very instant, music would be better off. However, I do happen to like J Paul Ghetto...