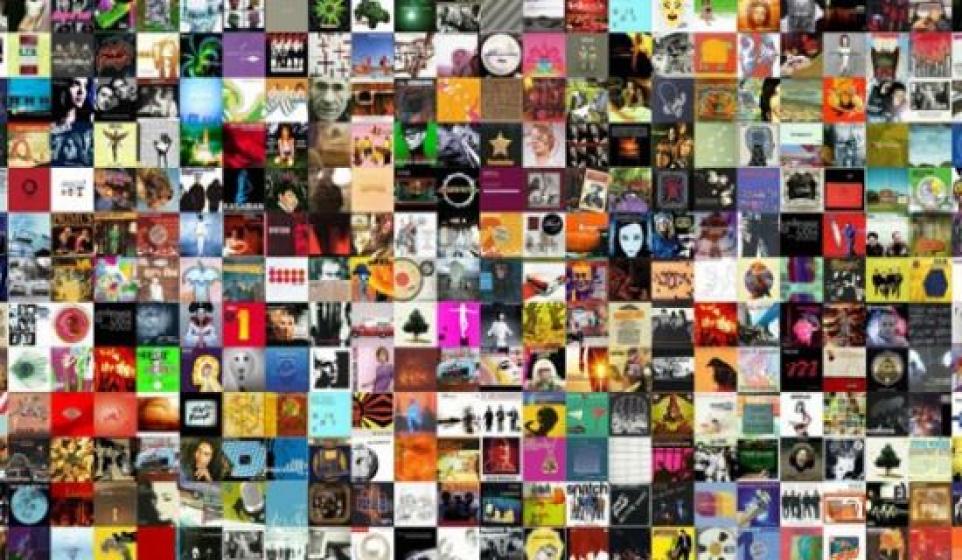 Ok, I know what’s going to happen. I’m going to get a lot comments on this post like, “Hey, how could you not have song XYZ on your Top 10,”  “Hey, you don’t know anything about music because you missed artist yada yada yada (that has an animal name it.”  Or…“Hey, why don’t you go live in Wiliamsburg for a year and then come back and write this again.” OK…fair enough. But that’s also the point. We’d love for YOU to help US with the next Top 10 Indie Song Post … Ever! Just leave a comment below for suggestions and we’ll credit you up and give a shout out (FOR REALZ!).

And if our list is too obvious, maybe that’s what the next installments will be for. In fact, maybe we’ll do an unobvious and undiscovered top indie songs next. Either way we’d love to get your thoughts. OK, let’s get started.

PIXIES - WHERE IS MY MIND

This song is ideal when you’re at the crossroads in your life. When you’re going nowhere fast or just going through the motions all your life. Then all of a sudden, you bumped into something and realized you’re going in circles and you don’t know what to do or where all the years went. It’s a conundrum that we all deal with at some points in our lives. Inspired by the singer’s trip to the Carribean, the bare bones, no-frills arrangement of the song along with the minimalist vocals convey the trippy confusion of life at a crossroads. It’s beautiful and unnerving at the same time—a great indie song through and through.

For a song that’s supposedly about nothing, “Loser” is anthemic of my teen years—when being angsty or hating the world was cool. It’s an instant classic; from the groovy guitar riff, innovative ‘white rapping’ and random rhyming lyrics that kinda made sense when sung repetitively. It took on a life of its own back then and many related to the song in a variety of ways. Listening to it now brings a smile to my face because it remindS me of how irresponsibly whacked I was at that confusing time of my life. It’s a timeless nostalgia-inducing indie gem that never fails to impress—at least for me.

With a stomping bassline, gritty guitar riffs and ambiguously unapologetic lyrics, White Stripes’ “Seven Nation Army” has proven loud and clear that less is indeed more. The two-piece, two-toned brother-sister band didn’t need elaborate arrangement, extravagant production or a superfluous army of musicians to infiltrate mainstream consciousness. Yes, White Stripes’ is one of the few indie bands out there that achieved mainstream success without selling their souls to the corporate devil. Never mind that the song was a response to the incessant rumors about his supposedly incestuous relationship with his sister (drummer) Meg; the fact that it has become a sports classic (played in World Cup and Football games, just to name a few) is a clear indication that talent trumps all. Not even a “Seven Nation Army” can stop this indie juggernaut!

It’s one of the saddest and most heart wrenching songs you’ll ever hear, minus the sappiness and schmaltz that go along with such emotive musical undertaking. Depression is such a difficult thing to deal with, much less sing about, but with “Miss Misery,” this crippling emotion is being laid out and dissected into a rather relatable subject matter that subsequently becomes more bearable with every note. Elliot Smith is a master story teller and although this masterpiece doesn’t offer any magical solution, it gives listeners a sympathetic outlet for their pent up emotions. Misery loves company and what a better way to deal with feelings of gloom and doom than to listen to “Miss Misery” over a bottle of Johnny Walker red.

FRANZ FERDINAND - TAKE ME OUT

This song could be a lot of things to a lot of people. Some have interpreted it as a song about a sniper, unrequited love or simply being apprehensive about asking someone on a date. Everyone might not agree with its interpretation or symbolism but very few seem to argue that it’s a great indie song. “Take Me Out” is percussive, funky, foot stomping danceable rock and roll music that would in no time take you out on the dance floor and coax you to do the sickest air guitar you possibly could without shame. It is infectious yet not overbearing. “Take Me Out” is a great song for a night out with friends or even a date night because it’s a great ice breaker.

“MAPS” is an acronym for My Angus Please Stay. It’s a song written by Karen O for her boyfriend, Angus Andrew. Fun fact: The tears Karen shed in the video were real as she was really upset at the time of the shoot because her boyfriend was three hours late and she was about to leave for a tour afterwards. When her boyfriend finally showed up, she was already an emotional wreck hence the real tears and hence the sublime cinematic moment. You can’t come up with stuff this raw and visceral. Special musical moments like this should come from something real and spontaneous. “MAPS” is a perfect send off song for someone dear to you. Let the teardrops fall!

THE POSTAL SERVICE - SUCH GREAT HEIGHTS

A long distance relationship is such a difficult thing to deal with or sustain, but when it works, it gives you a euphoric feeling unlike anything else. “Such Great Heights” is a poetic/melodic representation of such special relationship. The synth-heavy indie-pop song permeates through your senses like happy childhood memories. The years seem distant but the feelings remain the same. As far as long distance relationship songs go, “Such Great Heights” is way up there, head and shoulders above the rest--both lyrically and musically.

FLAMING LIPS - DO YOU REALIZE

Do you realize how amazing this song/video is? Animal mascots, hot girls in sexy white nighties and a huge elephant under the bright lights of the Vegas strip. Should I go on? The scenery is a stark contrast to the lyrics and the song as a whole but it kinda works in a strange way. “Do You Realize” is about finding beauty in life, not taking things for granted, and counting your blessings amidst the disconcerting realization that good things, just like life, will soon pass. It’s in this sobering truth that keeps this song grounded and fascinating at the same time. Life can be intoxicating but it can be beautiful if you know how to live. “Do You Realize” has shown you the way, now go live your life to the fullest.

What’s not to like about this song? The fact that the lead singer has the mouth of the ‘Annoying Orange’ should be enough to win anyone over, right? Well, seriously though, the song is about being young and irresponsible. “Alright” has many references to drug use, eg. “We run green” (smoking weed) and “Keep our teeth nice and clean” (using cocaine). But that’s part and parcel of being youthful. We’ve all been there before and everytime we think about those times, we scratch our heads at the stupidity of it all. But we can’t deny the fact that it was fun being young and it’s alright because we came out alright as adults. To the young ones, experience and cherish it for you’ll only be young once in your life. Don’t get too crazy, though. Just be alright and listen to this upbeat and happy-go-lucky song as if the rules don’t apply to you.

I can’t recall how many times I’ve heard of this song but I don’t want to stop myself from listening to it, ever! The Smiths were indie long before indie became cool and this song completely demonstrated that. I know the term ‘classic’ has been thrown around lightly these days, but “Stop Me If Think You've Heard This One Before” is an instant classic in every sense of the word. The song was controversial when it first came out in 1987 due to the reference of “planning a mass murder” in the wake of the ‘Hungerford Massacre.’ Though the timing was kinda off and they opted not to release the song in UK, the elegance and artistry of the song is/was undeniable so it became a hit elsewhere. Now, some 26 years later, the song’s charm has never waned. The music video looks dated but it’s still delightful to watch and listen to. "Stop Me If You Think You've Heard This One Before" is as classic and as cool as they come.

ARCADE FIRE - IN THE BACKSEAT

A multi-layered masterpiece with haunting vocals, bone-chilling melody and disarming lyrics, “In the Backseat” just gets to me every time. It doesn’t fail to give me goose bumps, not just because of the music or lyrical content but because it creates an atmosphere of helplessness each time I listen to it. Arcade Fire has a knack for creating heartrending masterpieces that stay in your mind and heart long after you’ve listened to them. “In the Backseat” is a well-crafted evocative song about mortality that would undoubtedly leave a profound mark in your psyche, in your whole being.

These are the best of the best; the top Indie Songs that we think embody the ideals of indie music or even music as a whole—authentic, uncompromising and artistically driven. This list isn’t absolute, though, as there are hidden gems that are still waiting to be discovered. If you think that your latest find must be included in the list or there are indie favorites that we’ve overlooked, then definitely help us out with the next post!  So fire away in comments below.